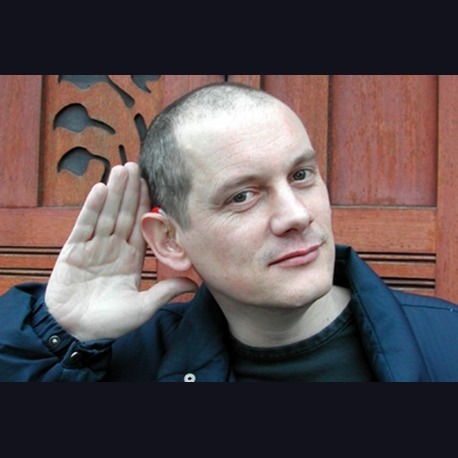 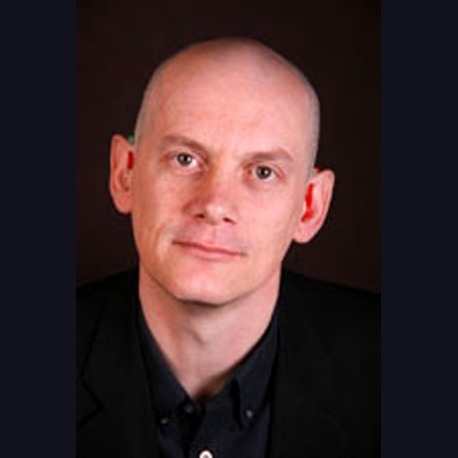 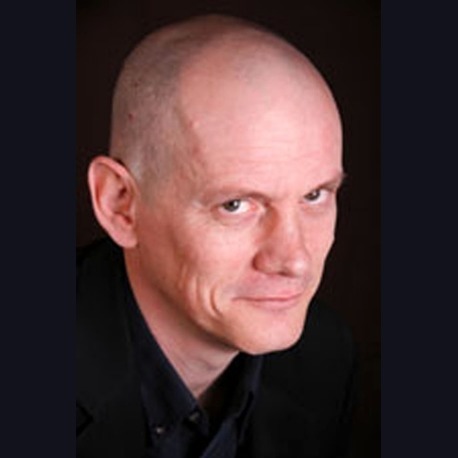 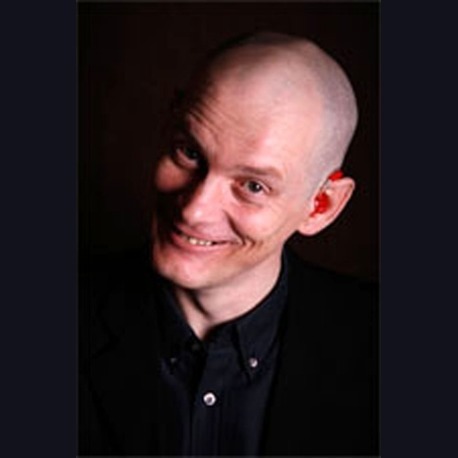 Steve Day is a truly unique comedian - warm, witty and engaging whilst dealing with the dilemma of being a deaf man in a hearing world. Steve went on his first national tour back in 2006, and has since been performing across the world to critical acclaim.

Steve Day describes himself as Britain's only deaf comedian, if there are any others he hasn't heard. Actually there are a couple of others who have started since he wrote that joke, but it's only a joke after all.

For the past eleven years Steve has been performing to huge laughter around the country and abroad, well they tell him the laughter was huge to humour him, he doesn't know either way.

Married with five children, a fact nothing to do with not being able to hear the word 'No', Steve has been described as 'warm and witty' by the Scotsman and has received many other rave reviews whilst performing shows at the Edinburgh Fringe Festival. Chortle gave him five stars in 2007 for Deafy's Island Discs, a show The Sunday Times called 'Funny and Moving'. This show toured the UK in 2008, Steve's third national tour of the uk, and has been performed in several countries in Europe and translated into Italian. No-one knows why.

A familiar voice on Radio 4, Steve has appeared many times on You and Yours, was a token man on Woman's Hour, has appeared in two radio dramas, All Fingers and Thumbs with Bill Nighy, whom he punched dramatically, and Sound Barriers with Patricia Routledge and Caroline Quentin, both of whom he was prevented from punching.

A disabled performer, Steve is more concerned with success in the mainstream comedy circuit, but is happy to 'deaf it up' as necessary if the money is ok and there are sandwiches.

With over ten year's experience in providing quality corporate services Steve Day is a must for your next conference or work's party. Whether it be a keynote speech, a humourous and punchy talk after dinner, or lunch, or even hosting of your event or comedy workshops, Steve will work with you to create a performance tailored to your needs.

"I would just like to say thank you for the excellent performance you gave at our event yesterday.

I thought it of particular brilliance how you encompassed our Remploy Values into your act with great knowledge and relevance. The day was a huge success and everyone went away very happy indeed. Once again thank you! I hope to be in touch again very soon."
- (Selina Clarke, Remploy Ltd)

"I just had to write to thank you for a great day on Wednesday. For me personally you made it a fun and special day out for the staff so, as you said, mission accomplished! I would also say that while you made us all laugh some have also said that you did make them stop and think with some of the more serious points you made so well done for a rounded performance."
- (Julie Matthews, JobCentre Plus.)

"Revelatory and very funny"
- The Guardian

"The best comedy often comes from real-life observations, something that Day had down to a T"
- Brighton Argus

"A very different kind of comedy ... something which Day seems particularly proud of, and so he should be"
- Three Weeks

"Has a self-effacing charm which endears him to audiences"
- Chortle