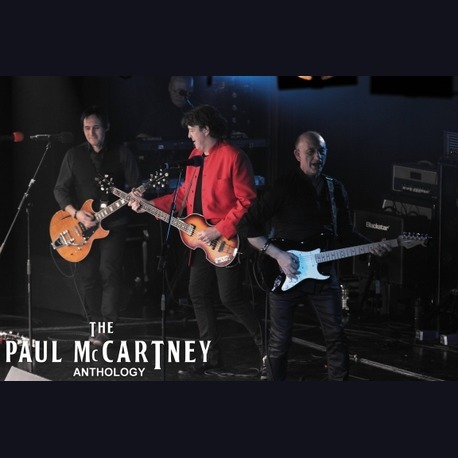 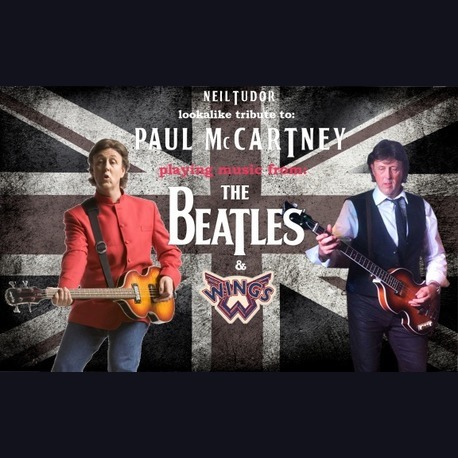 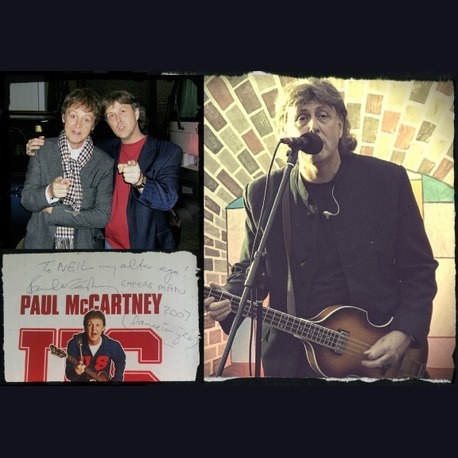 Neil is Sir Paul's official music video double, having been chosen 3 times to work with the former mop top.

Neil hails from Liverpool and has worked as "Paul" throughout USA Europe and the UK.

He has starred in Legends In Concert USA, Stars In Concert Berlin, and has featured as Sir Paul on TV and in the cinema.

Neil has a full 5 piece band in the UK "The Paul McCartney Anthology" which recreates the atmosphere and song list of the most recent McCartney tours. He also has a full electric solo show, featuring much the same set list (Best of Beatles..all eras and Wings)

Playing left handed bass, piano and acoustic guitar in the set, no song is out of limits.

A solo gig or "Not an audience with "Sir Paul" provides for some entertaining stories from Neil's adventures in "Lookalike and tribute" world, as well as some personal behind the scenes stories of his work with Paul, a little chat amongst a lot of great music.

The VOX Beatles are one of the UK's leading premier Beatles Tribute Bands and are available for cruise work, holiday parks, theatres, corporate events, parties, weddings and all other special...

Wingsbanned are the UK's premier Paul McCartney Tribute Act covering all eras from Beatlemania to his latest "Out There" tour. The vast range of music produced by McCartney from ballards to screaming...