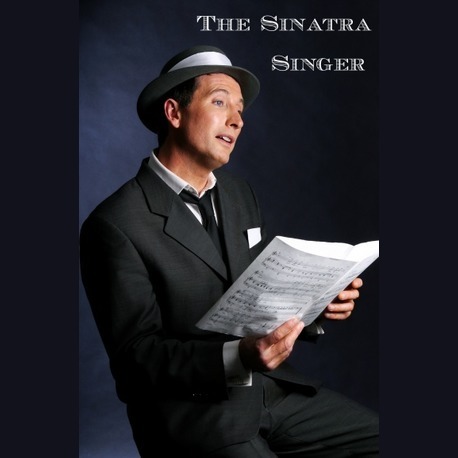 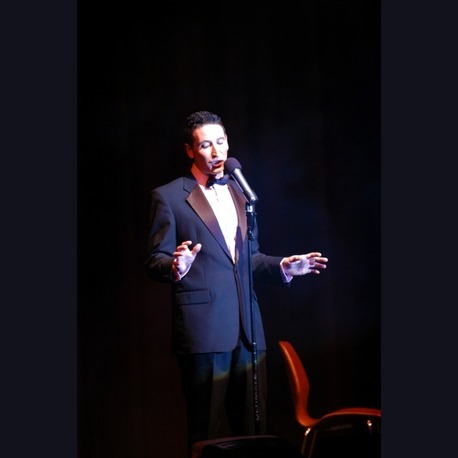 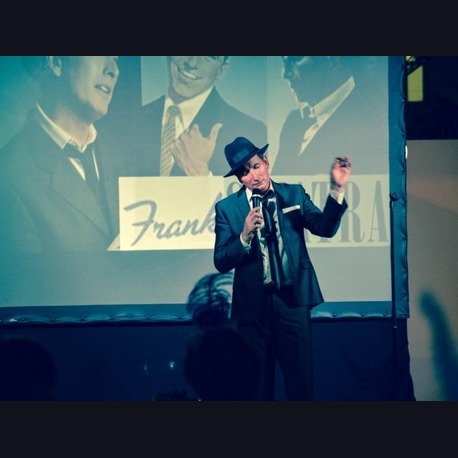 Lady Is A Tramp

I Get A Kick Out Of You

One For My Baby

Have the only Frank Sinatra Tribute singer in the UK recommended by the President of Sinatra Music Society for your next event. Whether you're seeking a mix and mingle act, memorable background sets, superb over-dinner entertainment, a wow-factor tribute show or a full dance floor, you're guaranteed an entertaining set of impressively close renditions of your favourites delivered with enormous presence.

Clients can choose from a huge list of songs and can hire Kevin as either a classic Frank Sinatra-style singer or for a full look-alike/sound-alike impersonation complete with authentic Hoboken accent between songs.

This acclaimed Sinatra Tribute maestro with the irresistible voice has impersonated Sinatra's vocals for a TV advert with Oscar-nominated film-star Naomi Watts, been booked by many celebrities/TV stars & sports stars personally for their own events and twice for royalty, was the star attraction at the London & New York book-launches for The Rat Pack (by ReelArtPress), appeared on TV on E4′s Made In Chelsea, BBC3 Don't Tell The Bride, Wedding.TV and has starred in a touring Frank Sinatra theatre show for last 6 years. Prestige brands like Hermes, Louis Vuitton & global corporations have also sought his wonderful voice for their promotions/campaigns in UK, Asia and USA.

His broad appeal has seen him impress at a hugely diverse number of events & weddings both large & loud and small & intimate everywhere
from his local Golf Clubs tribute night to glittering ceremonies in European palazzos & chateaux and beyond.

Available solo or with his Sinatra Tribute Band options from piano to 8 piece band.
Shortlist

"We wanted a Sinatra & Buble-style singer and found a great guy called Kevin Fitzsimmons. He got the party going, and with classic swing songs there was something for everyone even my gran who tore up the dancefloor!"
- RADIO 1 DJ & TV PRESENTER, Matt Edmondson, published in WEDDING MAGAZINE.

"Wanted to confirm how fantastic Kevin was at my mums birthday celebration. He has a great voice and was very relaxed and funny. He was also wonderful and very kind to my mum. She loved him. Everybody was impressed. I would recommend to hire as a Frank Sinatra Tribute for any function"
- J. Wild, London

"He captured Sinatra's suaveness and charisma and you could imagine Frank, himself, was singing"
- LIFE Magazine

"What a fantastic singer he is as Frank Sinatra, he made my wedding day go off superbly. People haven't stopped talking about it and with him there singing I achieved the atmosphere I was looking for. Everyone thought he was fabulous so I can't thank him enough for making my day!"
- Penny Pamplin, Essex

"With a perfectly natural timbre to his voice, he immediately conjures up Old Blue Eyes in his glory years"
- THE STAGE Newspaper

"I thought they were playing a CD (of Sinatra) until I came around the corner and saw it was you singing"
- Shawn Levy, author of US bestseller RAT PACK CONFIDENTIAL

From the Producers of The Rat Pack is Back - Britain's original and longest running tribute to Frank Sinatra, Dean Martin and Sammy Davis. A Swinging Night With Frank & Dean Two For The Road...

Freddie recreates 'Sinatra' with his wonderful uncanny resemblance to the great singer. His usual style of performance is to both sing and talk in the guise of Frank Sinatra, imitating his cabaret...