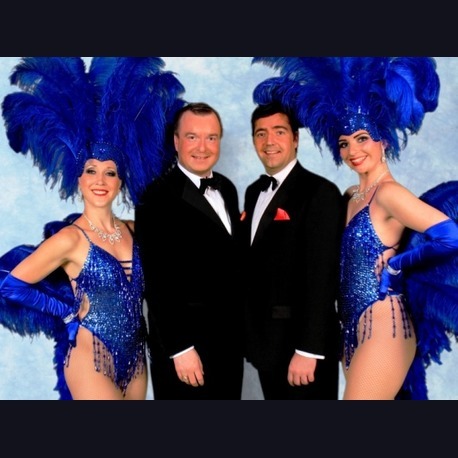 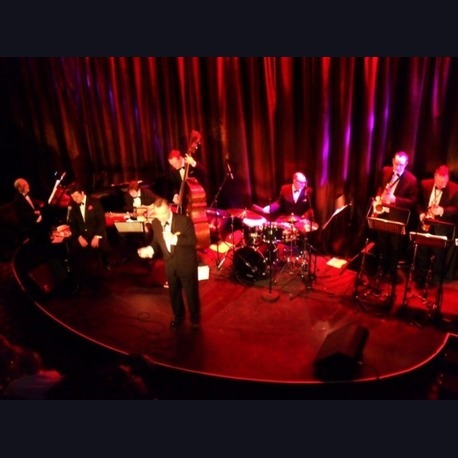 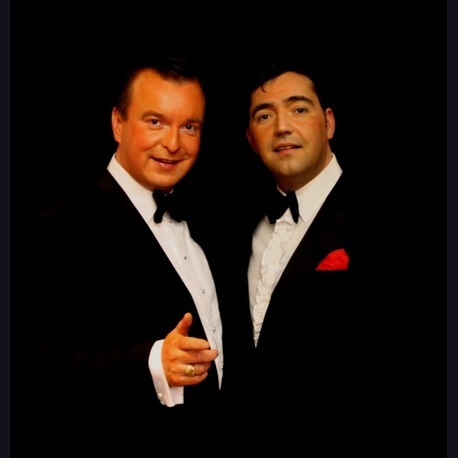 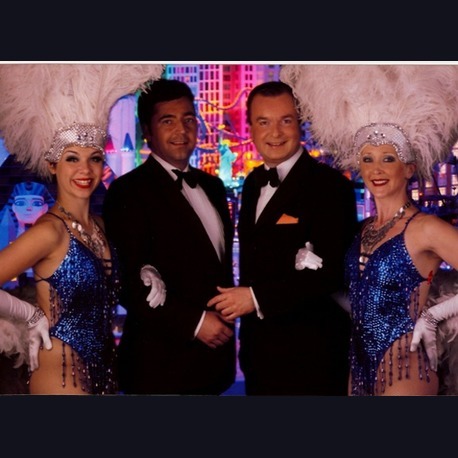 On An Evening In Roma

From the Producers of The Rat Pack is Back - Britain's original and longest running tribute to Frank Sinatra, Dean Martin and Sammy Davis. A Swinging Night With Frank & Dean Two For The Road, perfectly captures not only the wonderful music and comedy of the original legends, but also the remarkable personalities of the stars who ruled the world of entertainment from The Sands Hotel in Las Vegas during the sixties..

David Alaceys outstanding production Frank & Dean Two For The Road accurately recreates the legendary performances of the pre-eminent entertainers of their time, together on stage and features Britain's premier tribute artistes to the fabulous originals. They are backed by the swinging Don Hunt band. Mr Hunt has also served as Bruce Forsyths musical director for over thirty years and during an amazing career has held the same role for the likes of Anthony Newley, Bing Crosby and even the real Sammy Davis Jnr. Many sizes of band are available, from a quartet to a 20 piece orchestra, and you have the option to choose the band appropriate for your event. Alternatively high quality backing tracks can be provided, as recorded by a live big band.

The show includes all of the hit songs made popular by the legendary performers such as "Aint That A Kick In The Head", "The Lady Is A Tramp", "My Way", "Amore and of course, New York New York. These are performed with Amazing Accuracy by guys who not only sing like their heroes, they share their unique mannerisms. physically resemble them on stage and even talk like they are at the Sands taking part in one of Frank and Deans legendary parties.

And unlike Other Frank and Dean Shows, this show also includes some of Sammys hits in a specially composed medley. So You Get A Real Rat Pack Style Show from these two fabulous performers.

David Alacey who also devised the show, plays Frank Sinatra and after working with the Vegas Legend - Buddy Greco, Buddy was moved to say that "This Guy Really is Sinatra" - quite a complement! but even this did not come close to the comment by Frank's daughter Nancy who said that David's recording of "New York New York" with a 35 piece orchestra for a new Atari PC game was "too close to my fathers recording" It really doesn't get better than that!
Paul Drakeley who like his hero is also half Italian. The highlight of Paul's career was when his band was chosen to perform at a concert held at The Royal Albert Hall and he was asked to sing the Dean Martin classic "Volare" to over five thousand people. He was also honoured to be selected as a finalist in the prestigious "BBC Musician Of The Year" competition. Since then has worked all over the world as Dino.

However, it is not just the two principle characters who make the show such a success. There is also a larger cast available for the full Frank and Dean Vegas Experience. Even more glamour is added to the show when the likes of Judy Garland, Barbra Streisand or Nancy Sinatra join Frank and Dean on stage

So Don't miss out on the chance to join the Kings of Cool with their fabulous Big Band and special guests and The Vegas Showgirls for a unique night - Vegas style!
Shortlist

Alacey seemed to have somehow imbibed the very essence of ole blue eyes before coming on stage. His performance was breathtaking - seriously! The tone, the modulation and the rhythm in his voice throughout the evening was genuine Sinatra. His masculine charm was also apparent in his pristine characterisation and it was with effortless charisma he strolled into the audience and sang Ive Got You Under My Skin while chatting and engaging with the ladies - just like the icon.
Drakeley, an endearing Dino, also hit the mark giving an authentic Italian- American edge to his accent and a firm nod to his fondness for the liquor. His vocal was smooth and enticing and when he sang Aint That A Kick In The Head, he enchanted the audience with his easy chit-chat and laid-back vocal style
- The Edinburgh Herald & Post

"David Alacey not only looked like Frank but he had the drawl, the wit and boy could he nail a tune and from looks to voice, Paul Drakeley was every inch the real deal as Dino"
- Uxbridge Gazette

Frank Sinatra, and Dean Martin returned for one night only later in the evening singing all their classic hits alongside a live band that gave the venue an electric atmosphere"
- The Essex Enquirer

"These guys are fantastic"
- Dannii Minogue

"You guys really are TOP of the premier league! Your shows gets even better every time that we book you"
- Karen Brady, CEO West Ham United FC

Have The Frank Sinatra Tribute Booked By The...

Have the only Frank Sinatra Tribute singer in the UK recommended by the President of Sinatra Music Society for your next event. Whether you're seeking a mix and mingle act, memorable background...

This fantastic tribute show performed by alan beck is dedicated to the swing and love songs of the worlds greatest croon eras and recording stars of all time Frank Sinatra now recognised as one of...