The sounds of the sixties & seventies.

Arguably the most influential musical decade of last century, the sixties & seventies simultaneously defined both pop music and pop culture. From Beatlemania and Glam Rock to Flower Power, the swinging Sixties was packed with great music.

Enjoy our selection of acts paying homage to this fantastic decade. 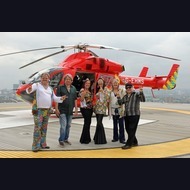 One of London’s most iconic 60’s cover bands. The original members formed in 1964 at the height of the 60’s music revolution. The new line up includes (4 guys and 2 girls) who are all experienced musicians playing a wide selection of the... 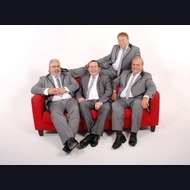 The Berries are a four piece band with outstanding vocal harmonies and a totally live authentic sound recreating the songs from the swinging 60's! After many years of working together they continue to be a very sought after act and in... 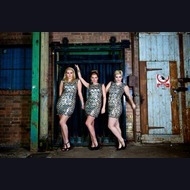 Meet the new stars on the scene - Sizzling hot sounds of the 60s together with sparkling dance routines and diamond personalities, ready to entertain! Bringing back the biggest soulful sounds of the 60's, shaking it up with some hot dance... 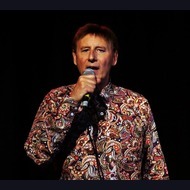 Paul John has been performing in clubs, holiday parks, hotels and summer season for over 25 years. Paul's repertoire has always been songs from across the board. With his love of the music from the sixties, especially The Beatles, Paul... 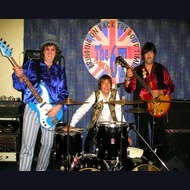 Board the ultimate time machine for a romp through the swinging 60s. The Fabulous 6Ts present a showcase of the great stars of this unforgetable era. The fantastic music of The Rolling Stones, The Who, The Troggs, The Kinks and The Beatles... 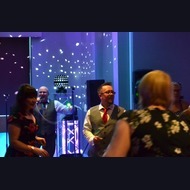 "Good evening everybody, I am Frank Martin and I sing old songs for money...a now familiar greeting to the thousands of wedding guests and party goers over the years. From the Beatles to Buble, Rock to Reggae, Kinks to The Kings Of Leon... 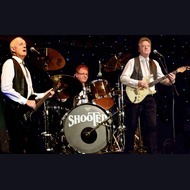 Shooter are a classic 4 piece band comprising of vocals, guitar, bass guitar and drums, performing music from the 50s & 60s period. Also available is the full production show "The Legend Of The 60s" featuring Sharn Krystopha & The... 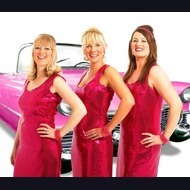 Inspired by the music and glamour of the 60`s girl groups, with the benefit of the latest sound and light technology, Sheilas Heels provide the ultimate feel good show whether you remember the 60`s or not. The group consists of Carrie, the... 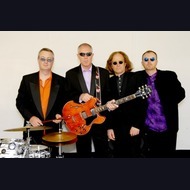 The band features Paul Hudson on vocals and guitar formerly of Rocky Sharpe and the Replays whose top twenty hits include Ramalama Ding Dong and Shout Shout. Paul also wrote the crazy Rock n Roll feature Straighten out the Rug for...

The Rulettes aim to provide an evening of Nostalgia with classic songs and great harmony from yesteryear They are greatly in demand for senior celebration parties and events nowadays. The show includes a set of The Beach Boys classics...