A Fan Of Rock n Roll & the 50's? Our tribute acts are the closest thing! From solos, duos and full bands we have so many acts to choose from! Book now to find your perfect tribute! 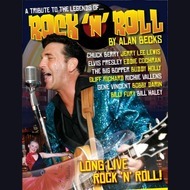 Get ready for some serious Rock n Roll folks, as we take you back in time to experience a stunning and remarkable show performed by one of the finest Rock n Roll singers in the business, Alan Becks Alan superbly pulls out all the stops to... 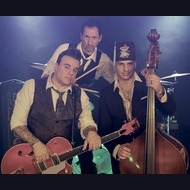 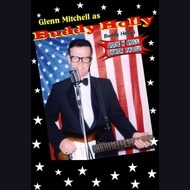 It's a Rock and Roll Dance Party... a tribute to the legend that is Buddy Holly, all the hits and more in a show covering the life of Rock 'n' Roll legend Buddy Holly performing all his classic hits right up the day the music died.. a... 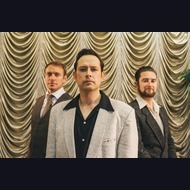 The Jukebox Jets are the UKs finest international vintage rock and roll function band. The group features professional musicians who lovingly recreate the magnetic attraction of classic 50's rock and roll which will see your guests stuck... 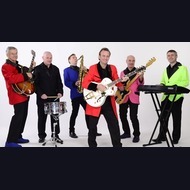 The band is a traditional rock and roll band playing classic numbers from the 1950s and early 1960s led by a great frontman who communicates with the audience, this colourful and talented band creates a party atmosphere and guarantees to... 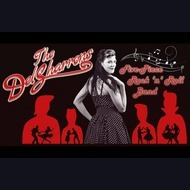 The Del Sharrons are a female fronted 1950's/60's band in the UK and we specialize in bringing the Classic Rock n Roll hits from the Golden Era of music back to life, with tight harmonies, strong vocals and an infectious sense of fun. We... 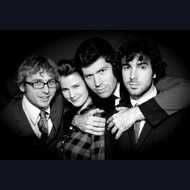 The Milkshakers Story: James, Mercedes, Karl and Mark and are The Milkshakers. Sharing a love of all things fifties, this young young London based four piece have a musical CV as long as your arm. Working individually with some of the most... 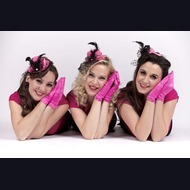 The Modern Day Answer To The Andrews Sisters

With killer heels, killer curves and killer harmonies, The Rockabellas have been called to the musical front line to lift the spirits of ladies and gentlemen all over the world. In top to toe pin up couture, with hair and makeup to match...