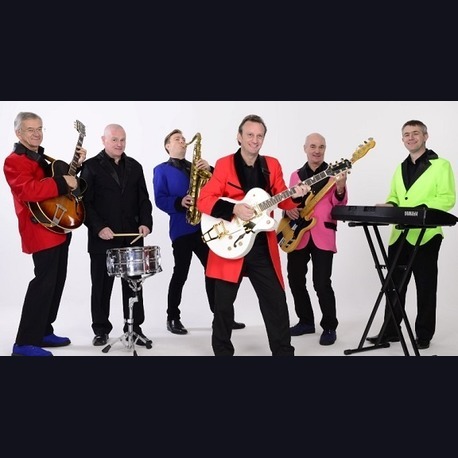 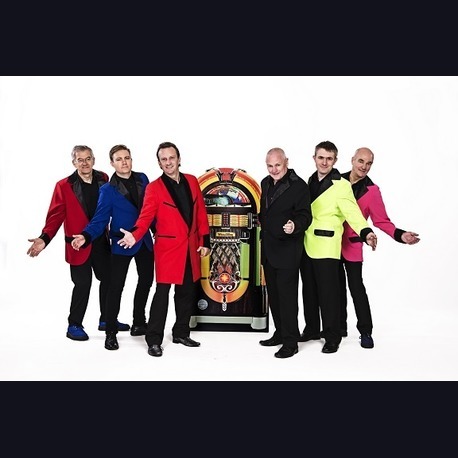 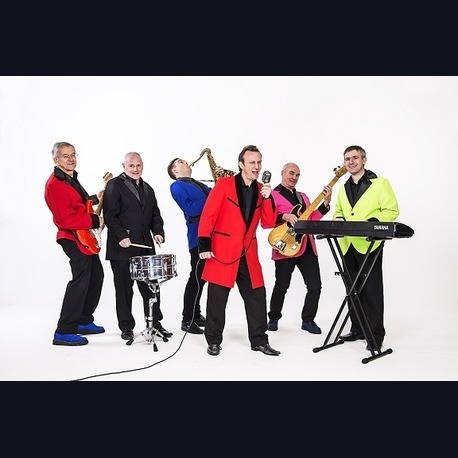 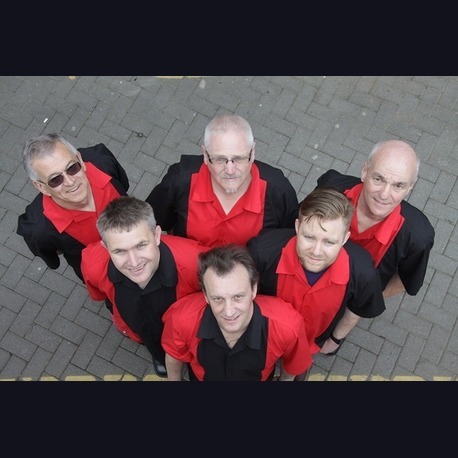 The band is a traditional rock and roll band playing classic numbers from the 1950s and early 1960s led by a great frontman who communicates with the audience, this colourful and talented band creates a party atmosphere and guarantees to get everyone on the dance floor and joining in.

Jive, Twist and best dressed dancer competitions included. The band play a wide range of classic rock and roll numbers from Elvis, Eddie Cochran, Jerry Lee Lewis, Fats Domino, Ray Charles, the Coasters, the Everlys, and many more, all guaranteed to get the audience up on their feet. Six experienced musicians produce a highly authentic tight sound and the lead vocalist is supported with full three part harmony backing vocals.

The band members are all experienced musicians who deliver an authentic sound and a professional show. The band only works Friday Saturday and Sunday other than by special arrangement.
Shortlist

We would just like to say a big thank you for entertaining our guests last Saturday at our Charity Ball. The comments from everyone were that the whole evening was a great success and that the band was excellent. Once again a big thank you, cant wait to hear you again
- Jackie, Michele and Rachel - The Vale Golf Club - Evesham

Many, many thanks to you and the rest of the "Juke Box" for everything. I loved the total fun and variations/contrasts you built into each and every number. We all thought you were fabulous
- Dick Stratten - Solihull Football Club

Lee Rogers Rock n Roll Jukebox were a brilliant choice for our wedding! They had everyone on their feet, no matter what age. The music was fabulous and created a great party atmosphere. I would recommend them 100%.
- Tina Love - Wedding - Bradford on Avon

Lee Rogers Rock and Roll Juke Box were booked for a charity event that I organised at Fazeley Studios in Birmingham. This was the first time that I had booked a band and they made it very easy for me. They came to look at the venue so that they knew the details and they turned up, set up and sound checked exactly as agreed. They had everybody on the dance floor from the first number to the last. Their music was very authentic and they put on a great show. I do not hesitate to recommend them.
- Liz Lewis - Fazeley Studios Birmingham

Two fantastic shows at the 2014 festival. Lee and the guys had the crowd rocking at both of the venues they appeared at.
- Steve Barnes - organiser - Nantwich Jazz and Music Festival

Lee Roger's Rock and Roll Juke Box played at the Royal Enfield during the Redditch Music Festival and had the place rocking and the dance floor packed. We have booked them again for next year
- Enrico - Wetherspoons Royal Enfield Redditch

We are a Brian Setzer Orchestra, Stary Cats, 50's rock tribute band. Americano is a modern swing rock- americana band playing timeless songs with an energetic edge. The band is formed by seasoned...

Get ready for some serious Rock n Roll folks, as we take you back in time to experience a stunning and remarkable show performed by one of the finest Rock n Roll singers in the business, Alan Becks...

The Del Sharrons are a female fronted 1950's/60's band in the UK and we specialize in bringing the Classic Rock n Roll hits from the Golden Era of music back to life, with tight harmonies, strong...

The Milkshakers Story: James, Mercedes, Karl and Mark and are The Milkshakers. Sharing a love of all things fifties, this young young London based four piece have a musical CV as long as your...