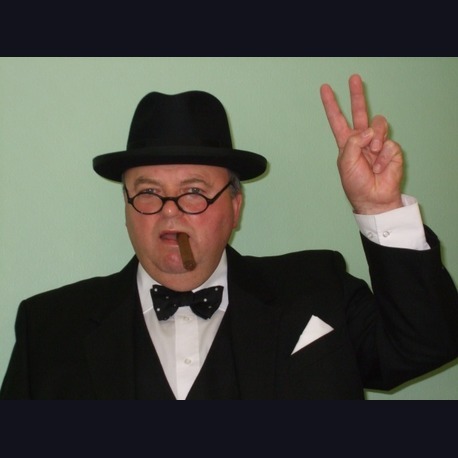 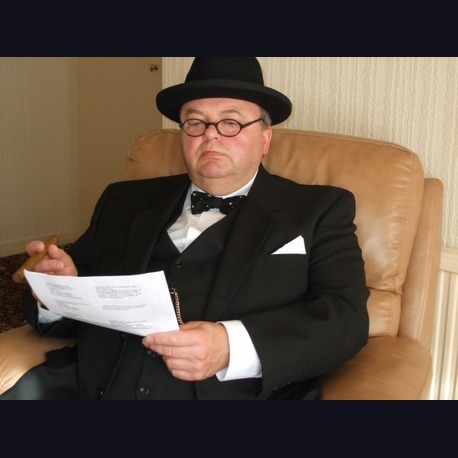 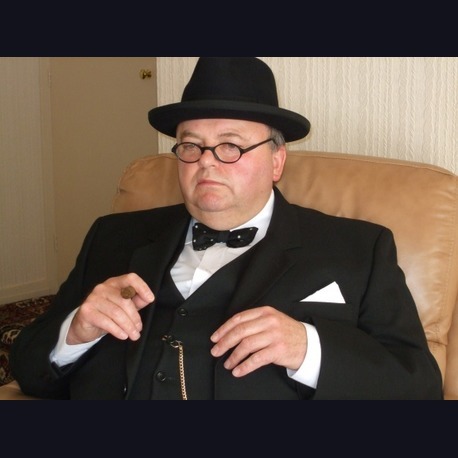 Derek Herbert has an impressive track record as Winston Churchill and never fails to impress.His attention to detail in clothing and mannerisms makes his look-alike performance highly believable. His vocal mimicry complements his visual detail and his amiable personality, good humour, acting ability and admiration for Winston Churchill bring his character brilliantly to life, entertaining guests in any situation.

Derek Meets & Greets,Mixes & Mingles,delivers famous Churchill speeches so is not only ideal for commemorative events and Veterans functions but also corporate and promotional work, TV and Radio and private functions.

In addition,Derek gives an "after-dinner" talk on the Life of Winston Churchill dressed in costume,culminating in delivering the famous "Battle of Britain" speech in character.He will Meet & Greet guests before dinner then follow with talk later.
Shortlist

"It was a pleasure to meet Derek aka Winston and an absolute pleasure to work with him. Please give him our very best wishes and we look forward to seeing him once again at Uxbridge."
- Chris Wren,Battle of Britain Bunker,RAF Uxbridge

"We employed Derek as Winston Churchill for a very important launch event in front of a crowd of 300 of our key clients, retailers and press. It was essential we got this right. Derek was not only professional in his approach to the event, but great to work with and was only too keen to provide us with a great service. Not to mention being a convincing Mr Churchill! "
- Drew Woodcock, Bremont Watch Company

"Everyone had a great time on both days listening to your talk on Winston Churchill and great portrayal of the man himself.Thanks again Derek-look forward to seeing you back here next year"
- Neil Kirby,Proprietor Langham Hotel, Eastbourne

What a great impersonation of Winston Churchill from the top of his hat to the tip of his cigar. His tone of voice, inflexions and pace were precisely those of the great man. It was as if he'd been reincarnated! A fabulous performance."
- Roger Phillips,BBC Radio Merseyside

Other time lengths available on request

Charles Haslett is Manuel from Fawlty Towers. Acknowledged by Andrew Sachs (the original Manuel) as the best impersonator of the character. "Manuel" can be used at corporate and private events...