A Celebration Of John Denver 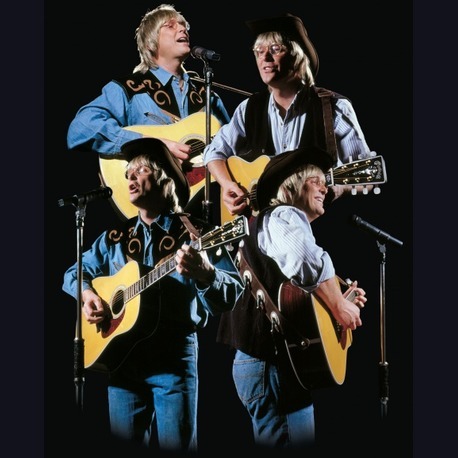 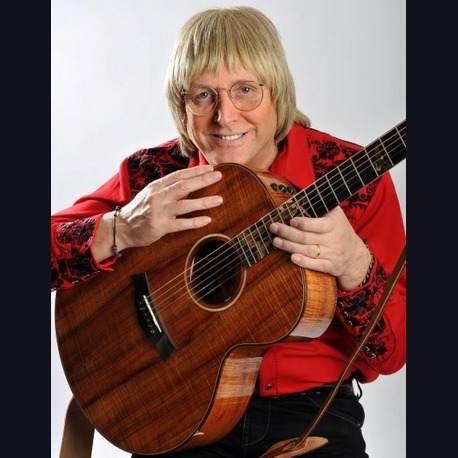 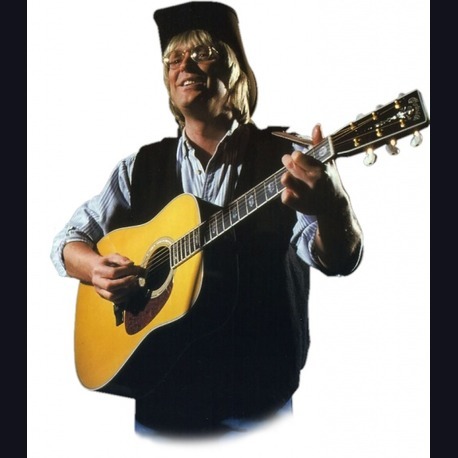 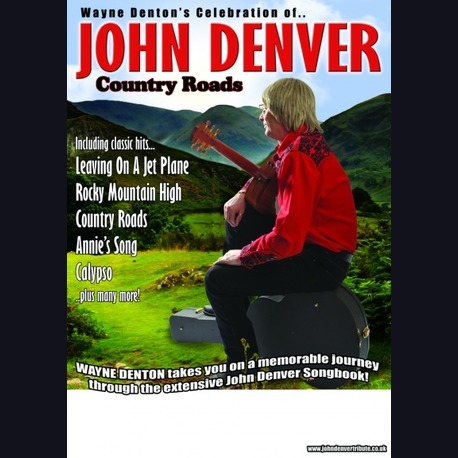 Leaving On A Jet Plane

Wayne has been singing in his own right for most of his life and his claim to fame was reaching the grand final of TV's New Faces in 1986. Even though tribute acts were unheard of back then the judges passed a comment that Wayne's voice was similar to that of Neil Diamond.

When 'Stars In Your Eyes' hit our TV screens the entertainment business was flooded with Tribute Acts of all kinds. Wayne continued to perform as himself until around 2008 when he decide to join the tribute market. He was a great follower of John Denver and his music so it was only natural that this is who Wayne wanted to portray. The show was a great success and 'A Celebration Of John Denver still successfully tours the theatres throughout the country every year.

Wayne also found success with this show on board some of the most luxurious cruise lines world wide and can often be found at airports flying out to perform on various liners. After the untimely death of John Denver, Waynes shows were endorsed by the John Denver UK fan club and many of their members follow Wayne whenever possible.

Wayne decide to take his musicians in to the studio and record the backing tracks to the whole of his John Denver Show so that should the need arise to perform self contained then he is able to do so. He obviously prefers to keep the music live and use the band but sometimes the budgets do not allow.

Wayne feels privileged to be able to perform his shows paying tribute to an artist he grew up listening to and when you listen to him sing you can here the passion he has in his voice so similar to that of the man himself John Denver who once said My purpose in performing is to communicate the joy I experience in living Well, the joy of living lives onthrough A Celebration Of John Denver featuring Wayne Denton.
Shortlist

We hosted a performance of A Celebration Of John Denver' at the Ramor Theatre Virginia on Friday 25th November featuring Wayne Denton. The show was received with great acclaim and the audience feedback was very positive. Wayne Denton gave an amazing performance and the show had very high production values. I would have no hesitation in recommending it to other venues.
- Mary Hanley, Venue Manager - Ramor Theatre, Virginia, Co. Cavan

Riverside was thoroughly delighted with this show and it went down a storm with the audience Its easy to forget quite how significant John Denver was in his time and Wayne Dentons performance and direction of the evening was nothing less than superb.
Its not just a trip down memory lane its a chance to hear some really great songs, beautifully delivered and to learn a little bit more about just how talented a writer and musician Denver actually was.
- Riverside Theatre, Coleraine

Just to let you know how much I enjoyed the show at the Albert Halls, Stirling. After our chat on air at Central FM the previous week, it was good to see you live on stage - An excellent tribute!
- Tom Bell, Central FM

"What an evening of reminiscences! Wayne has a very individual way of paying tribute to John Denver. I'm pleased to say there was no American accent, and his voice is very strong, clear and fits the style perfectly. The musical accompaniment was top drawer and the overall standard of the concert was very high indeed. The audience was captivated from the outset and remained captivated to the end. A great Sunday night's entertainment, may the country road lead them all back to the Pavilion as soon as possible"
- Fairfield Halls, Croydon

If you like John Denver you will love this show. A very friendly company who were very helpful and easy to work with. Our customers were very happy with their nights entertainment and this show offers great value for money.
- Palace Theatre, Redditch

A Celebration Of John Denver' A celebration of John Denver is a terrific show and wont disappoint fans of the man himself.
- Fairfield Halls, Croydon

Derek Herbert has an impressive track record as Winston Churchill and never fails to impress.His attention to detail in clothing and mannerisms makes his look-alike performance highly believable. His...