The One & Only Rat Pack Show! 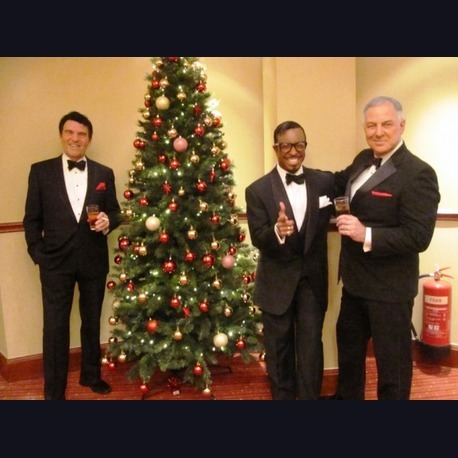 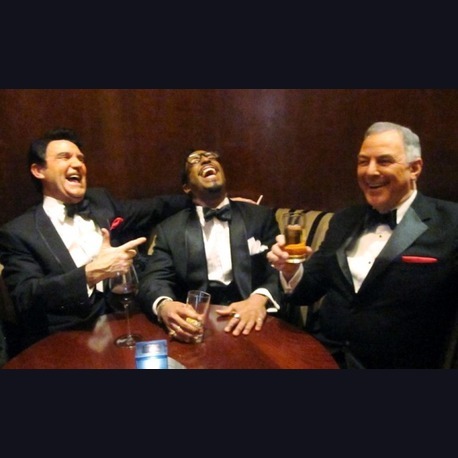 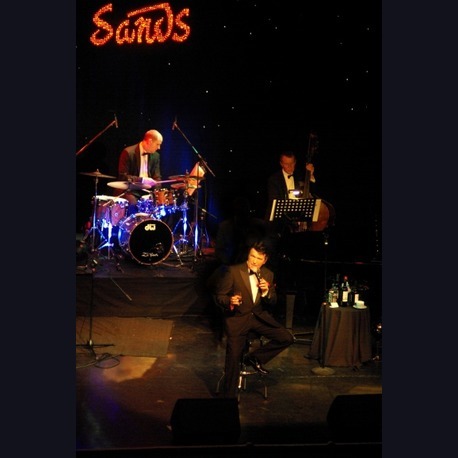 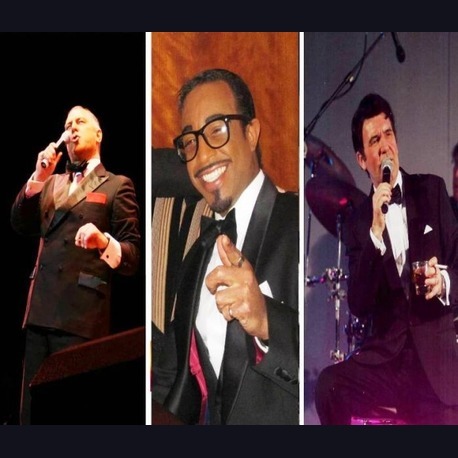 Come Fly With Me - Frank Sinat

Everybody Loves Somebody - Dea

The One and Only Rat pack Show truly captures the essence of why Frank Sinatra, Dean Martin and Sammy Davis Jnr. were so popular back in the heddy 1960's. It is full to the brim with timeless songs, amusing anecdotes, classic comedy and charismatic performances.

Tony Adams as Frank Sinatra became a household name in 2008 when he was placed runner up in the BBC's The One and Only Show. Thousands of viewers voted for his act week after week and many believed his impersonation of 'old blue eyes' was the most accurate they were ever likely to see!

Darren Charles As Sammy Davis Jnr
Darren trained in dance and musical theatre for five years in London and went on to appear in West End Shows such as ‘Five Guys Named Mo’ and ‘Carmen Jones’. He also headlined in the Rat Pack Live Show in the Adelphi Theatre and toured with the same production throughout the UK. Darren is an excellent dancer, singer and performer – attributes that make him an ideal choice for the role of Sammy Davis Jnr in the One and Only Rat Pack Show!

Neil J Duncan is an award winning tribute artist in his own right and brings with him all the humour, coolness and lay back performance that made Dean Martin so popular. He looks and sounds just like Dean and is always ready with those famous one liners to take the show to a new level of entertainment.

The guys are happy to perform to quality playback tracks or with the support of the fabulous Manhattan Swing Orchestra under the musical direction of Toby Cruse (MD for over 200 West End musicals).
Shortlist

Dear Neil I just wanted to drop you and the guys a note to say what a fantastic evening you gave us to kick off our Centenary celebrations. The show was the perfect start to our week and Frank, Dean and Sammy nailed it! Your professionalism and attention to detail was brilliant and assisted me considerably in making sure that everything else went according to plan that evening. You should all feel very proud of having such an excellent show.
Please thank everyone on behalf of Sonning Golf Club. It was simply terrific!
Sincerely
- Guy Stacey, Sonning Golf Club Centenary

"We can't believe how you manage to all look and sound so much like the real thing - it really was like being back in Las Vegas in the 60's watching the actual Rat Pack perform - thoroughly entertaining evening.

"Great show, far exceeding our expectations - let us know hwere you are performing next as we will definately be there!
- From Chris, the manager of the hotel

"It's been a pleasure working with all three of you guys. We sold out on each night and everyone has commented on how much they enjoyed your show. Well done and have your diaries ready - we will have you back soon!"
- Lord Bute Hotel and Restaurant, Highcliff.

A Tribute to Frank and Dean is a superior sound-alike and lookalike attraction featuring Anthony Adams as Sinatra and Neil Duncan as Martin. An outstanding act, this pair is one of the most impressive acts from the tribute market that I have ever come across. There is humour and warmth within the framework of the act and this is one of the few tribute attractions that I would happily pay good money to see.
- Mark Richie The Stage Newspaper

The One & Only Rat Pack Show Offers:

His voice is so good, even the stars book him to sing live at their events!. A Rat Pack Singer with a natural born ability, Kevin is known for his unforgettable live vocals & impeccable reputation...

Bill A Tribute To Rat Pack

Bill bennett is a mature, quality entertainer of the dean martin/sinatra style of entertainer who is comfortable in all venues from theatre, golf clubs, restaurants, hotels and private & retirement...