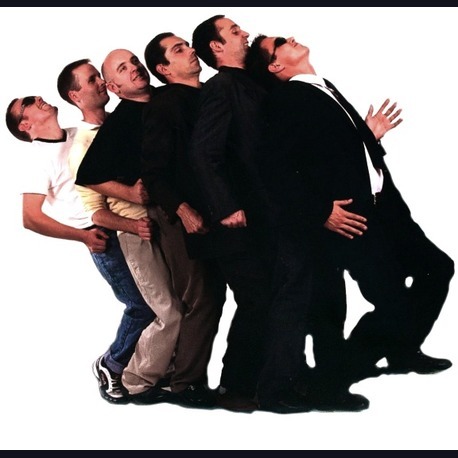 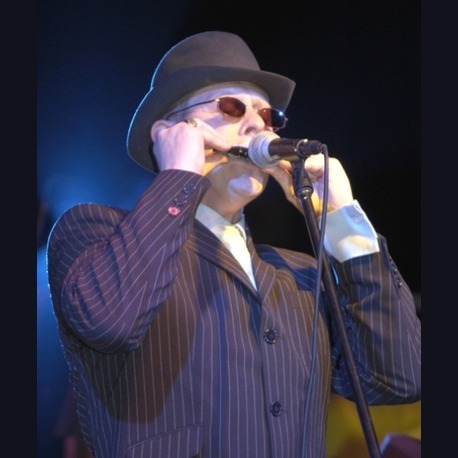 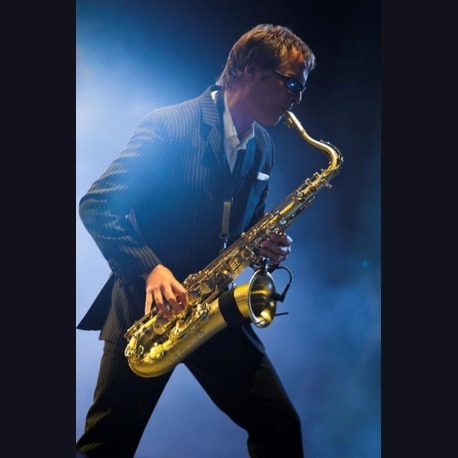 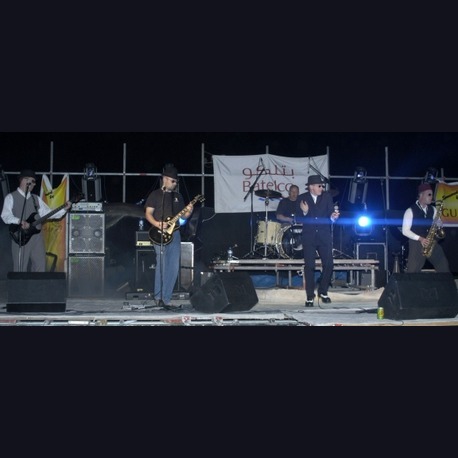 The Los Palmas 6 was set up to offer the total Madness tribute. From the beginning, the band has established a fantastic following with a large database of fans, ensuring packed gigs wherever they play.

They are available fully self contained with a large PA and lighting rig. Props, costumes, pyros and an amazingly authentic stage show coupled with backdrops, outdoor/indoor banners and quality A2 posters.

The LP6 only play Madness, offering ALL the hits from the early days right up to today, including Baggy Trousers, One Step Beyond, Nightboat to Cairo, Lovestruck and It Must Be Love etc. They play for a full hour and a half, injecting so much energy into their performance that you have no choice other than to dance!

"There used to be this word called 'tribute' and much like its friend 'genius' it got over used to the point where everyone forgot what it really meant. When they saw it written over posters of men dressed in Union Jack pyjamas they assumed it meant the same as words like 'copying' or the phrase 'a bit like'. When they heard it used so often before poor singers sang songs on the x-factor written by other people they assumed the word meant 'borrowed from'. But Last Friday when Los Palmas played, the word breathed a lung full of its feudal ancestry once again, and saw itself as a knowledge of gratitude, respect, and admiration, to a tribe. As a praiseworthy quality, I pass my own tribute to what was an excellent entertaining set of pure solid fun. A great band, a true 'tribute'. Must have been booked by a genius :-)"
- Jon Young, the Madness Information Service

"At just before 10:00pm Los Palmas 6 took to the stage, and so began two hours of not just the singles, but a massive selection of album tracks, too. Fans were overjoyed to hear almost every track from the One Step Beyond album, as well as a selection for the follow-up release, Absolutely. The assembled crowd loved every moment, and with so many great tunes it was difficult to stay away from the dance floor for more than a minute or so. Keen to help increase the amount of money the attendees at the Madness Weekend raised for the homeless, the members of The Los Palmas 6 had kindly given away three vocal slots during their set for Madness fans to step up and have a go. The only proviso was that you need to make a 25 charity donation. It was pleasant to see that all three slots were filled before the evening started, and so we were treated to fellow fans dancing and singing like a certain Mr. McPherson. All three performers did a fantastic job, and at the same time, raised even more for charity. Tony Bass, who sung Johnny The Horse with the band, decided that an excellent way to make some serious money for the charity concert was to nip around the venue with an upturned hat. No member of the audience was safe, as those assembled were gently badgered into making a donation some people, twice!Just before midnight the bands left the stage, and like those present, were clearly tired but happy."
- Rob Hazelby

"This Friday night saw the best gig of the 3 weekends, in the best venue, with the best tribute band playing. Los Palmas 6 played a special one off set list ranging from playing all of the One Step Beyond album to a feat that will now have them in the 2008 Guinness Book Of Records - being the only tribute band ever to play March Of The Gherkins. What a gig."
- Vince Carden

A One Man Tribute To Madness & Ska

Special Kinda Madness perform a truly authentic set from each band, combining the phenomenally energetic stage presence of The Specials with the wonderful iconic tunes of the Madness Nutty...

One Step Behind are the UK's premier Madness tribute band. Formed in Spring 1993, the band has achieved widespread recognition in an unusually short time. At first they played low profile venues in...

SKA MADNESS  The UKs most exciting tribute to Madness and the Ska era! Party all night with the wild men of Ska! These guys bring you the music that shaped the 80s, from Camden to Madison...