The UK's No1 Ska Tribute Band 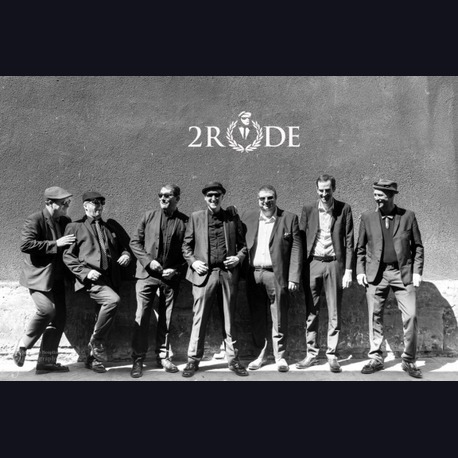 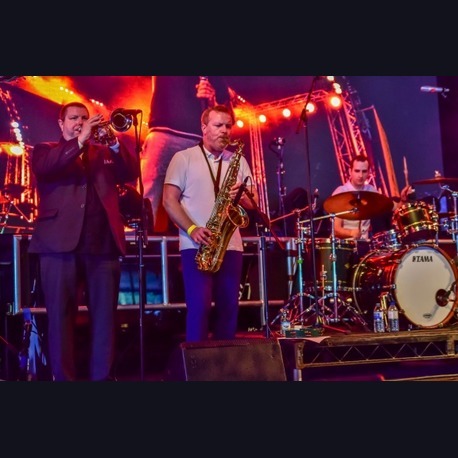 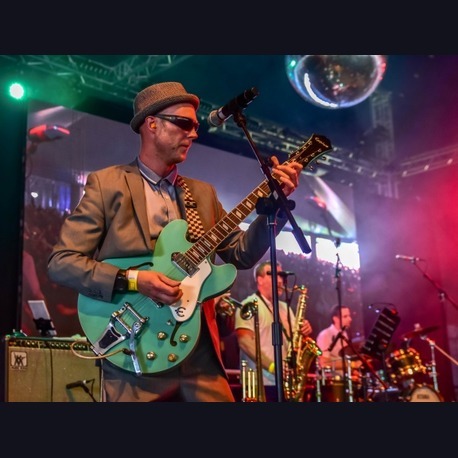 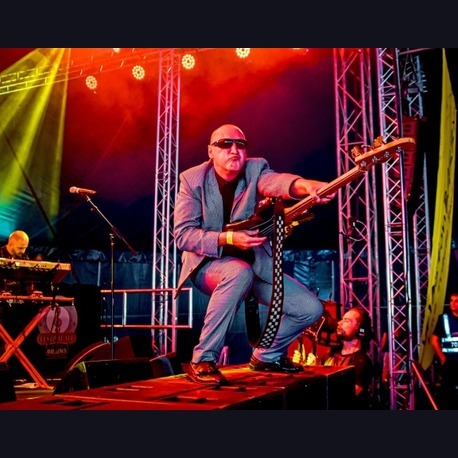 After a rip-roaring rollercoaster ride with over 100 appearances to date, 2 Rude show no sign of resting on their Fred Perry laurels. Every generation a band comes along that inspires the next one. A band that makes you forget about all that is wrong with the world.

This band is 2 Rude, an authentic ska band from South Wales. A 7 piece band playing the very best of the 2 Tone era and more.

For most ska fans 1980 had to be the year and the music of The Specials along with Madness, The Beat, The Selecter and Bad Manners were the sounds on your radio.

Britain was a bleak place back then, and the music to brighten up those days were sounds of the great 2 Tone bands. It didnt matter who you were, where you came from, it was movement that united people and continues to this day.

2 Rude, driven by a passion for music, ska music, 2 Tone music this movement were drawn together at the dawn of 2009 and have not looked back since. The band play the very best of the 2 Tone era, recreating the live sound of bands like The Specials, Madness, The Beat, Bad Manners and more. The band is made up of 7 first class musicians with a calibre that is second to none and a combined number of gigs literally in the thousands.

The band members in previous groups have supported the likes of Bad Manners, Rancid, Stiff Little Fingers and Sham 69 to name but a few. In the short period of time that 2 Rude have been on the scene they have grown in stature. They have played a string of sell out shows and have left audiences breathless and shouting for more. The band have collaborated with Hip Hop legends Goldie Lookin Chain, Benji Webb from ragga-metal band Skindred, Punk hero Ed Tudor Pole and will be playing support slots for 2 Tone stars The Selecter.

The bands repertoire is literally bursting at the seems, with songs representing the very best of what ska is and what it is a real live band is. The live show has to be seen to be appreciated, the result of which being a band in a great demand with a whole string of bookings. 2 Rude are as authentic as a fist full of ska, and will not disappoint.
Shortlist

I am a trustee of the Welsh Warrior- Richard Hunt Foundation. 2Rude have played for us 3 times over the past few years and have always give a superb performance. They are a truly professional and very talented band and I would not
hesitate to hire them again for future fund raising events.
- Jayne Hunt Welsh Warrior Music Festival

After seeing 2 Rude at a Scooter Rally in 2010, I contacted the band regarding a booking in Andover Hants. Fantastic group, they couldnt do enough to
meet our requirements, they have since played on two occasions and the energy all the lads put into the performance rubs off on the captive audience, the room turned into what only can be described as a MOSH PIT, for two hours solid! The dance floor was packed, fantastic band and looking forward to St Georges Day next year, Keep
the Faith Lads.

I booked 2 Rude to play at Newbridge Rugby Club after seeing them a few times in various establishments and really enjoyed what I saw. I have always
been a big fan of Ska/2Tone and the band brought back memories of that great 80′s sound. We booked them for a Friday evening in June 2010 and hoped that it would be a good night, we were wrong it wasnt a good night, it was a great night! The band showed up nice and early and carried out a quick sound check. The club filled up really quickly with people waiting to see one of the best 2Tone tribute acts in the UK. When the band hit the stage at 9 oclock, everyone hit the dance floor. I dont think the club had ever seen a night like it. Normally it takes a few numbers to warm the crowd up but not 2Rude, they had the floor bouncing from the off. They ripped through their set playing all the greats from The Special, Beat, Madness, Bad Manners etc. By 11 oclock the sweat was running down the walls and the crowd were shouting for more, which the band were more happy to do. I cannot say enough about how great a live band 2Rude are. I have had
the pleasure of seeing them all over South Wales and can honestly say, I will be booking them again in the future. RUDE BOYS!
- Ian Dugmore, Newbridge RFC.

2 Rude are one of the hottest
Ska tribute bands in the UK today. This is an exciting 7 piece live band with lively and very talented musicians. The frontman
Mark Harry is extremely cool and charismatic, and never fails to deliver. This amazing band will have you up and dancing to the 2 tone classics of Madness, The Specials, Bad Manners etc and even pay tribute to other well known bands within the Scootering scene. All members of the band are well experienced and never fail to get a crowd on their feet and skanking. You can tell from the minute they appear on stage that 2 Rude are no ordinary Ska band as the quality of their music is immediately apparent. A very experienced band with a great future ahead of them and if you get a chance to see them, dont miss out on it.
Hope to see you soon
- Marko. Big 7 Scooter Club, Kent.
40th Birthday Celebration.

We have had 2 Rude in our club on many occasions, and I must say
you (the band) have an excellent following and we have been pleased with your performance every time you have played for us. I always look forward to you playing at our club, and hopefully we will see you soon

Just wanted to say you were amazing at my dads party, everyone who came mentioned how good you, were cant wait to see you next time your down the Llanarth . . . . thanks again!!!
Many Thanks
- Helen (Trustee + Entertainments coordinator Llanarth Club
Pontllanfraith)

Skarnaby Street SKA tribute show. Dave is a long established 2-tone Ska tribute artist from Coventry, the birthplace of the 70s/80s wave of British Ska. The 2 -tone sound was developed by young...

One Step Behind are the UK's premier Madness tribute band. Formed in Spring 1993, the band has achieved widespread recognition in an unusually short time. At first they played low profile venues in...

The Nutty2Tones are a full time professional duo paying tribute to all the great Reggae, Ska and blue beat Artists. A great lively and entertaining duo, packed with powerful vocals, harmonies and...

The Los Palmas 6 was set up to offer the total Madness tribute. From the beginning, the band has established a fantastic following with a large database of fans, ensuring packed gigs wherever they...