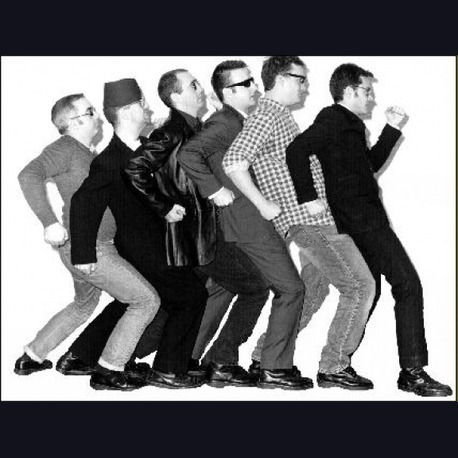 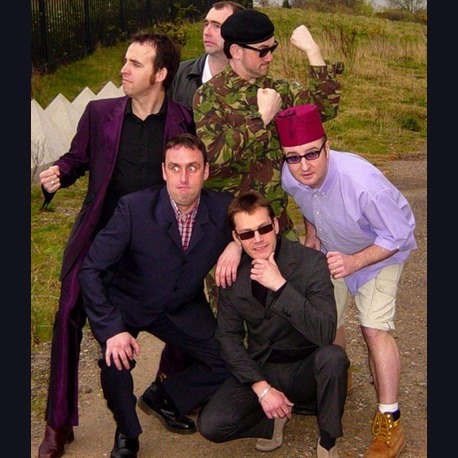 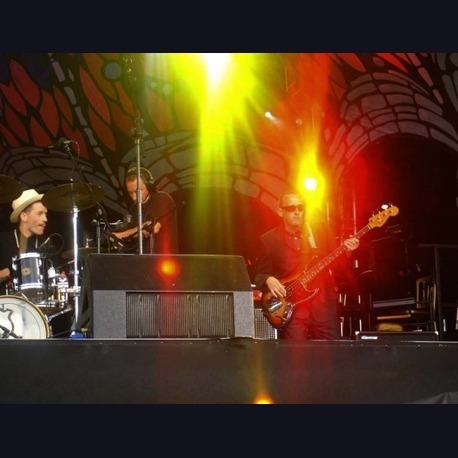 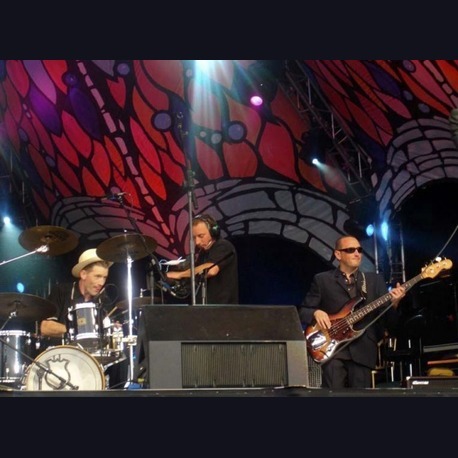 It Must Be Love

One Step Behind are the UK's premier Madness tribute band. Formed in Spring 1993, the band has achieved widespread recognition in an unusually short time. At first they played low profile venues in their native London, but quickly progressed and were invited to play larger and more prominent venues in the UK such as The Marquee, The Clapham Grand & the Venue. The Band has also played extensively abroad in countries such as Holland, France, Germany, Switzerland, Ireland, Cyprus and Corfu (Club 18-30!).

Perhaps there is no better review for a tribute than the original artist complimenting them on what they do. Suggs at the G-MEX in Manchester walked up to the microphone and said "By the way, we're Madness not One Step Behind!

The subsequent review in the Melody Maker bared the headline One Step Behind. Sax player Lee Thompson is quoted as saying that OSB were single handily keeping the good ship Madness afloat. Lee Has also joined OSB on stage a few times commenting the band were Tight as a ducks arse and Brilliant. Drummer Dan Woody Woodgate joined the band on stage for One Step Beyond and told the boys he thought they were amazing. "That's exactly what we used to be like - you've got it to a tee!" he said. Fine praise indeed! And he could not believe the keyboard playing used no overdubs and was all being played live!

One Step Behind have also appeared on television a number of times. Singer Ian Soulsby made an appearance on "Stars In Their Eyes" in the 1990s while the whole band appeared on children's Saturday morning show SMTV (with Ant & Dec!) in 1998 performing their version of "Driving In My Car". OSB also featured on the "Tribute Band Night" programme, filmed in Rotterdam and broadcast on Dutch TV in 2004. OSB's most recent TV appearance was at the 2006 Proms Party in Hyde Park, London. The band performed to around 50,000 people and a television audience in the millions!

Each member of One Step Behind grew up as a Madness fan and perfecting his portrayal of his original Madness counterpart has been a labour of love. They strive to match every detail of the original, both musically and in appearance. Like Madness, One Step Behind is well known for their on-stage antics with which they build up an authentic 'Nutty' atmosphere. This is One Step Behind's philosophy - to carry forward the mad mantle into the 21st Century and beyond.
Shortlist

Brilliant tribute band. This is their fourth appearance here and the place is packed again!
- Roz, Marquee Club, London (Capacity 1200)

We are very pleased with tonight's attendance (over 1800) One Step Behind have captured the Madness Magic perfectly.
- Clapham Grand (Capacity 2000)

We expected a good crowd, we got a MEGA crowd, brilliant!
- Cush, The Mean Fiddler, London (Capacity 800)

After every song the audience stamped their feet and clapped so much the hall was shaking!! This band were superb tonight and must be the top tribute band on the current circuit.
- Mark Blackstock, Entertainment Manager, Wolverhampton Civic Hall (Capacity 2200)

One Step Behind are MADNESS, it's as simple as that. The Audience wouldn't let them go, but three encores says it all.
- Manchester University (Capacity 2000)

We book this band back regularly because the students love them. The venue is always packed. I have booked a lot of top British tributes, this is the best!
- David Evans, Student Union Entertainment's Officer, University Of Central Lancaster (Capacity 1000)

One Step Behind Offer:

SKA MADNESS  The UKs most exciting tribute to Madness and the Ska era! Party all night with the wild men of Ska! These guys bring you the music that shaped the 80s, from Camden to Madison...

The Los Palmas 6 was set up to offer the total Madness tribute. From the beginning, the band has established a fantastic following with a large database of fans, ensuring packed gigs wherever they...

Skarnaby Street SKA tribute show. Dave is a long established 2-tone Ska tribute artist from Coventry, the birthplace of the 70s/80s wave of British Ska. The 2 -tone sound was developed by young...

A One Man Tribute To Madness & Ska