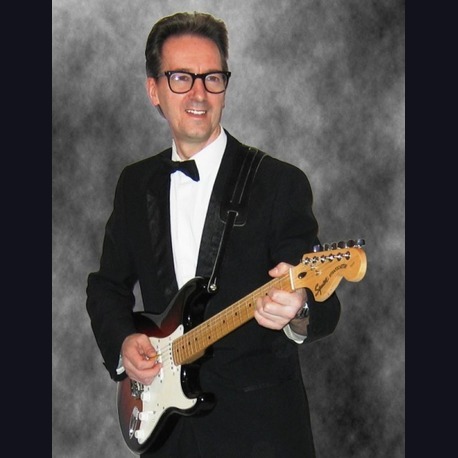 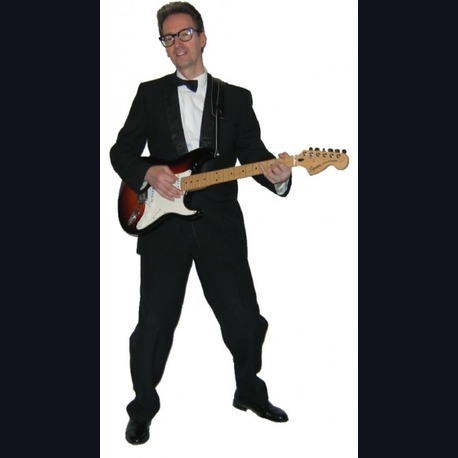 That'll Be The Day

Graham Holly not only looks similar to Buddy Holly but he is the closest that you are ever likely to hear when it comes to a Buddy Holly sound alike! That's a bold statement to make, but you don't have to take our word for it. Just compare his pictures and vocals with those of other tribute artistes and see for yourself!

Graham Holly started imitating Buddy Holly at the age of ten. Inspired by his guitar playing he took up the guitar and began playing in various rock and roll bands. He has played live on GMR and various BBC Radio programs. On Jerry Lee Lewis's come back tour he got to play at his reception party. He is often asked to stand in on shows like Rockin on Heavens Door and In Dreams.

Graham is an excellent lead guitar player and does not need to mime like so many other tribute performers do. Apart from Buddy his playing is also influenced by Chuck Berry, Scotty Moore, Cliff Gallop and Brian Setzer.
Shortlist

I am one of the organisers of the Billy Fury Blackpool Tribute Weekends which have been running at The Metropole Hotel in Blackpool for the past ten years. Graham has performed a rock and roll set for us on numerous occasions. He is very talented and creates a great atmosphere for our Guests. His performances are always enjoyed by all.
- Diane Wardle

The Poplar Social Club in Accrington are always pleased to welcome the Buddy Holly Tribute Show. A first class show presented by Graham Holly, there is always a full house when Graham appears annually at our Rock n Roll shows that are presented by Eddie Pearson regularly each month and is one of the many tribute artists that appear at this "very poplar" venue near to the Accrington town centre.
- Eddie Pearson

Graham was a resounding success at last year's BigBoppa's with patrons insisting on his return. Saturday night was no different with many new guests attending to see what all the fuss was about. A cool character, smart in dark suit, bow tie and a Fender Stratocaster strung around his neck, Graham is an intelligent re-incarnation of the Lubbock Legend, and his performance is forthright and amusing, but not twee or a send-up.
- UK Rock Magazine

Graham Holly performs as a solo entertainer or with a band.

The Ultimate Rock 'N' Roll Show is based on two of the greatest Rock 'n' Roll giants, Billy Fury and Buddy Holly. The Night starts with the Tribute To Billy Fury which is performed by Veteran...

All the Hits... All the Fun... A wonderful Buddy Holly tribute show available as a solo act or full live band. With many years experience appearing at prestigious venues throughout the UK...

Marc's show business career has seen him appearing in various Tv and feature film productions. From ''eastenders'', ''casualty'' and ''Lovejoy'' to ''the fifth element'' and ''mrs brown''. Marc has...