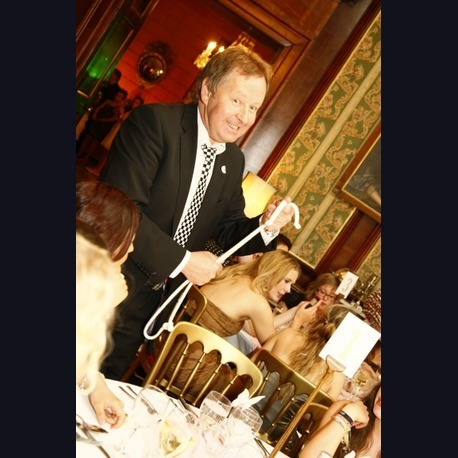 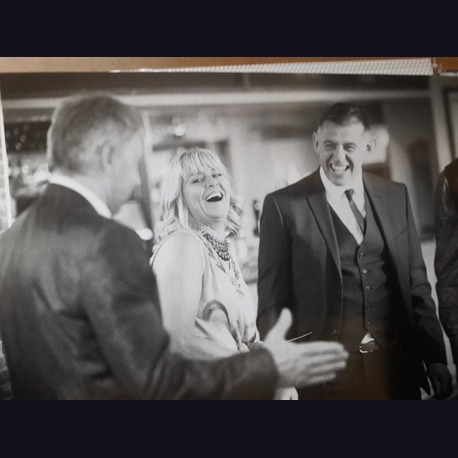 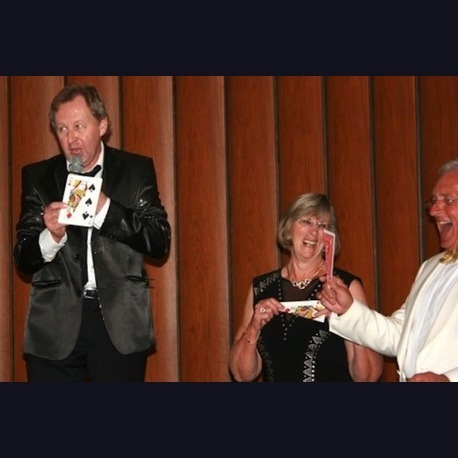 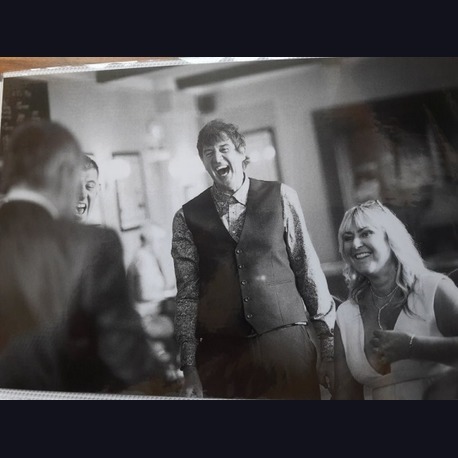 Paul Ray's act is a unique combination of comedy, close up magic, impressions and audience participation. Suitable for all ages, this is an act packed full of good CLEAN comedy!

Paul was born (at a very early age!) into a magical family. His parents worked the clubs for many years and went on to work on cruise ships for 15 years, performing on 6 World Cruises.

Based in Shrewsbury, Shropshire, Paul tries to work in a radius of 70 miles but is prepared to travel further for that 'special' show every once in a while!

Paul is also available for close-up magic around the dinner tables and if it is a large corporate function, Paul is able to bring along his father to help!

Paul's 17 year old son, Joe, is also an award winning magician. Last year Joe performed in Louisville, Kentucky and it was while they were there that Paul and his father performed magic for Muhammed Ali.

Paul's father, Geoff, prefers these days to concentrate on the art of 'close-up magic' and goes all over the country giving lectures to fellow magicians.

"To say this was a 'brilliant evenings entertainment' is an understatement. In two 40 minute slots, one either side of the buffet supper; he brought the house down with his magic tricks and, in the second half with a tribute to such stars as John Lennon and Cliff Richard, to name but two .I have never seen any event where members have been so noisily enthusiastic!"

"I never liked magic, and I never thought I could be entertained by a magician"!

"Paul. you always go down well at our function. you were BRILLIANT. as usual!"

" Thank you for an exciting, vibrant, professional evening of fun and laughter. never to be forgotten"
- Sally Grant

"We all thought you were brilliant. I am still chuckling now"
- Claire Smith

"Paul thank you for your wonderful performance at Hampton Court Palace. you
were brilliant as usual"
- Wendy Morgan

"Paul also has a good singing voice... his Elvis and frank Sinatra were spot on..."

"The highlight of our function..."

"No hesitation in booking you again, and again"

Described as having an almost mystical quality the magic of Rob Chapman will enchant and bring wonder to your guests. Skilfully blending sleight of hand, psychic magic and hypnosis Rob will leave you...

Caspar performs new and classic - invented by some of the greatest magicians of the last 120 years - close up, interactive, before your very eyes sleight of hand magic and mentalism. No suspicious...

Having performed over 2000 shows in the UK, Spain and headlining the World's most prestigious Cruise Lines, Martin John brings Comedy Magic to a brand new level! Based in South-London, Martin...