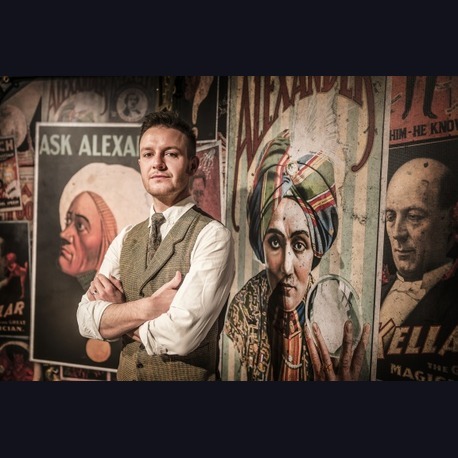 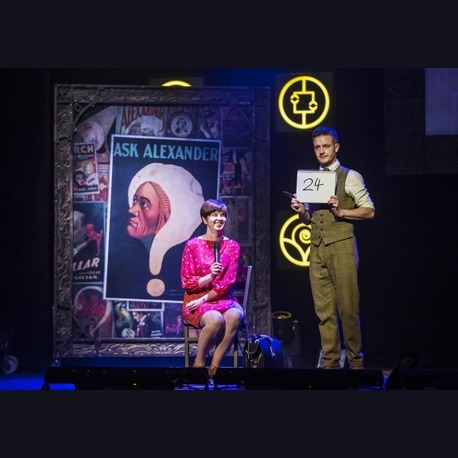 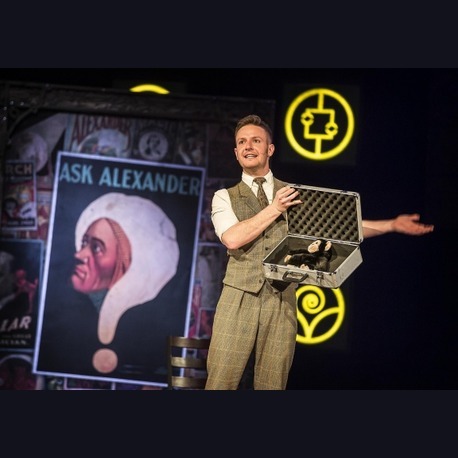 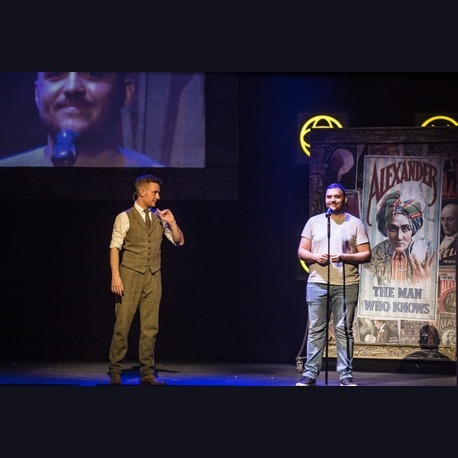 Alex McAleer possesses the uncanny ability to apparently tap into his audiences' minds and read their thoughts at will.

Drawing on a mixture of expertise in psychology, unique mentalism techniques, and masterful analysis of audience members, Alex combines contemporary mind reading with sharp wit and a flair for showmanship.

In 2014 Alex took his one-man show to the Edinburgh Festival Fringe and three solo shows to Australias Perth Fringe World Festival in 2016 and 2017 where he was nominated for the cabaret award.

Since 2014 Alex has toured extensively with the ensemble illusion show Champions of Magic completing 6 U.K. tours including a run in London.

The show has toured North America in 2017 and 2018 including a record breaking run of 41 shows in 17 days in Toronto, Canada over the holiday season. The show continues to tour the U.S.A. in 2019 with international dates to come in 2020.
Shortlist

A Sheer Force Of Wit, Charisma, And Style
Avenoir Magazine

Dapperly Dressed Alex Mcaleer Is A Mentalist Whose Performance Is Immeasurably

Magic At Its Best!

Luke Lamont is a Professional Magician with 18 years experience in Magic of all kinds! This means Luke can provide a variety of services. Any show can be tailored to fit your specific...

High Jinx are professional variety entertainers, their acts are a thrilling mix of Magic, Illusion, Escapology and Circus skills delivered in a way that will leave you amazed, puzzled even scared but...

Mike Cassidy is a funny man with an impeccable reputation for top class entertainment. A unique comedian with original material, that cannot fail to have a big impact on any type of audience in any...

Don't expect wiggling hips, pulling hankies from a bag accompanied by corny rhyming patter. Bernie is one of the Uk's top close up magicians, performing modern sleight of hand magic. But, beyond...