Flash A Tribute To Queen

A Tribute To Freddie Mercury & Queen 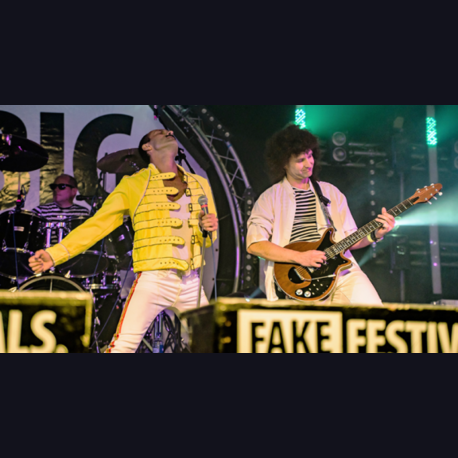 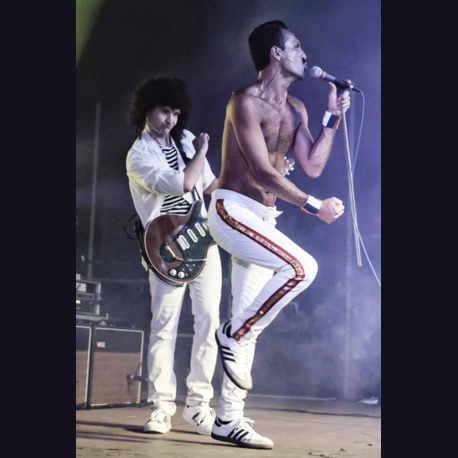 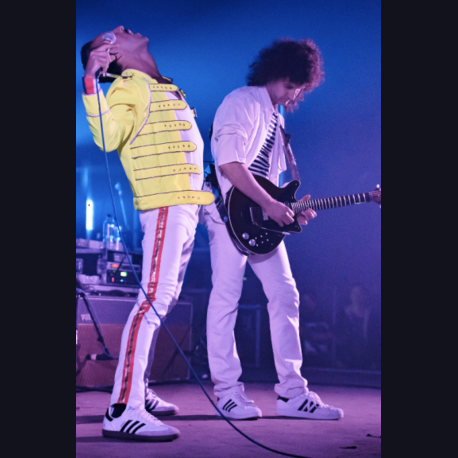 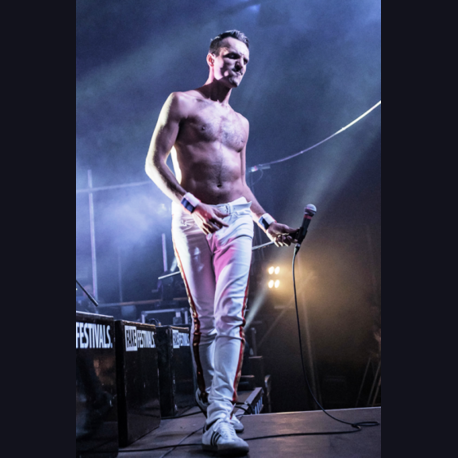 I Want To Break Free

We Will Rock You

Along with the many fans who mourn the loss of Freddie Mercury, Flash A Tribute To Queen aim to celebrate the wealth of talent that came together in Queen by recreating, with breathtaking accuracy, the style and excitement of a LIVE Queen concert, which sadly will never again be seen.

In 1993 QE2 - They formed to pay tribute to the World's No.1 band. The arduous task of co-ordinating lighting, image, clothes, make-up, mannerisms and not least, by any means, the harmonies and music of the greatest band in the world. The Stoke-based band rehearsed behind closed doors for twelve months to perfect the show - The 1986 Magic Tour.

Featuring all of Queen's greatest hits, including Bohemian Rhapsody, We Will Rock You and many more, Flash A Tribute To Queen are one of the world's leading tributes to the greatest ever rock band.
Shortlist

To whom it may concern, May I take this opportunity on behalf of Ledbury Town to congratulate Flash A Tribute To Queen on a fantastic performance on Saturday. We have had nothing but praise from all who attended with regard to the members of the band and their performance. Alan and the rest of the band members and crew were great company. Well done. We would certainly recommend them to anyone. Kind regards
- Samantha Williams

Hi A wonderful night of high class entertainment, although our numbers were down people were dancing in the aisles and everyone I spoke to enjoyed the experience thank you for your help
Kind Regards
- Colwyn(aberystwyth Lions)

"I was totally unprepared for the surreal performance and emotions, that my daughter and myself were captivated. Flash A Tribute To Queen portrayed Queen's qualities with an impressive passionate performance charged with extraordinary loyalty to Freddie, Brian, John and Roger."
- Letter to the Official Queen Fan Club

"This five piece outfit have done their homework, researching every possible facet of Queen's live performance. I can confirm this to be true having witnessed the magical Freddie and the boys play one of their last concerts at Maine Road Manchester in 1986."
- Gig Guide Report by Elly Roberts - Wrexham Chronicle

I would like to say a big thank you to the band. What a fantastic group.

Everybody thoroughly enjoyed the evening. feedback has been great, some people have said it's the best night they've had.

Flash A Tribute To Queen Offer:

Queen II are the Queen tribute that provide a breath taking show at any venue! They have been touring Britain and Europe captivating audiences with their nostalgic show! The band faithfully...

Monarchy - The Ultimate Tribute To Queen

The Ultimate Tribute To Queen

Monarchy - The Ultimate Tribute To Queen are the most authentic Queen Tribute ever. Formed by 5 professional musicians, each member has worked tirelessly to create a production you will not...

Ian started out performing in covers bands for several years, also playing guitar & bass guitar respectively. He always had a love for QUEEN & Freddie Mercury's music & a huge fan at heart. It...