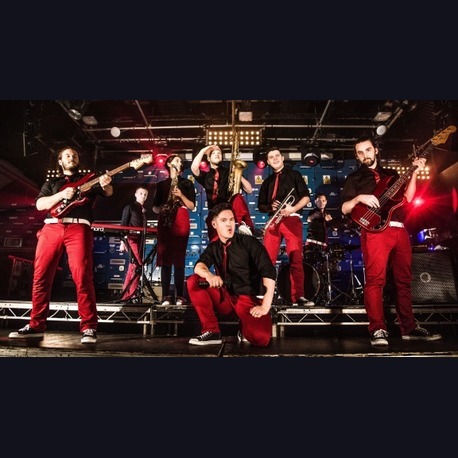 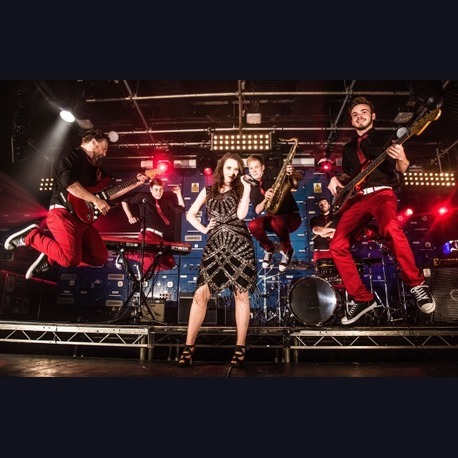 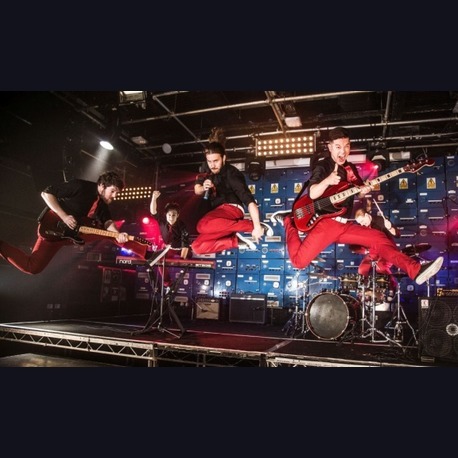 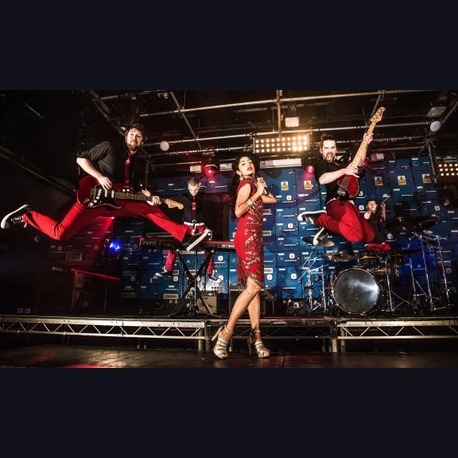 Consistently packing dance floors at every wedding and function they play, this fully live 4-piece band will provide an unforgettable show for your guests. There are no gimmicks, no backing tracks, just pure live energy from four suited and booted guys who are all highly talented musicians and experienced performers.
They perform chart music from the 50s to the present that you can dance to. They can also provide background music during cocktails or dinner, from a solo pianist to an acoustic band setup.

The band have a pro sound & lighting rig to cater for most functions and venues.

Aside from their onstage skills they pride themselves on their professionalism and will do their best to make sure that all will run smoothly from the time of booking through to the event itself.
Shortlist

Katie & Stephen have jetted off to Antigua for a couple of weeks and no doubt they will want to thank you themselves on their return, but we wanted to get in touch ourselves to say how great the band were on Sunday. Everyone enjoyed the music and without doubt they contributed a great deal to making it an unforgettable experience, not only for Katie & Stephen, but all the guests as well; they really got the party started.
Many thanks again, Kind regards
- Sue ( Mother of the Bride)
Katie and Stephen Wedding at Wolverhampton 23rd November 2014

Please can you pass on our thanks to the band for a super night on Friday when they played at Nick and Gemma's wedding. It was a large room and as a few guests couldn't make it at the last minute I was worried there wouldn't be many up on the dance floor, but how wrong I was. The guys really worked hard. Please pass on all of our thanks and we will certainly be recommending them to friends and family. All the best. Kind regards
- Karen
Wedding at Barnoldswick 19th September 2014

Hi guys, We just wanted to say a huge thank you to you all for being so fantastic at our wedding on 30th August. You exceeded all expectations and made our night so perfect! We had lots of people asking about you saying how good you all were! Also thank you to Jon for all your help before the day - the playlist you chose was absolutely perfect as our guest (and us) loved every minute! Thank you so much again
- Shanthi and PhilShanthi and Phil
Wedding at Harrogate 30th August 2014

Been a bit of a whirlwind since the wedding. I've entered the vote, top-marking you and highly recommending the Frankies. Hope you win! We're still waiting for our official photos, hopefully we'll get the soon and I'll make sure to post to the FB page! Thanks once again for contributing to our great day, we had a great time and enjoyed dancing the night away - you were fab and the guests really enjoyed the music!
Hope your summer schedule's going well, good luck with the awards.
- Michael and Kathryn Michael and Kathryn Wedding at Hawes 31st May 2014

The Perfect Choice are a very experienced, high class professional band who are continually updating their repertoire. They have several hundred weddings, functions, parties and New Year's Eve...

If you're looking for the perfect band to complete your special day, or just to add atmosphere to that important corporate event, then LA Nights are the band for you. With a repertoire ranging...

Perfect for all occasions! The Four Tones are a four piece vocal group from Hampshire. Mark, Jamie, Casey and Steph formed The Four Tones 2 years ago from a shared love for...