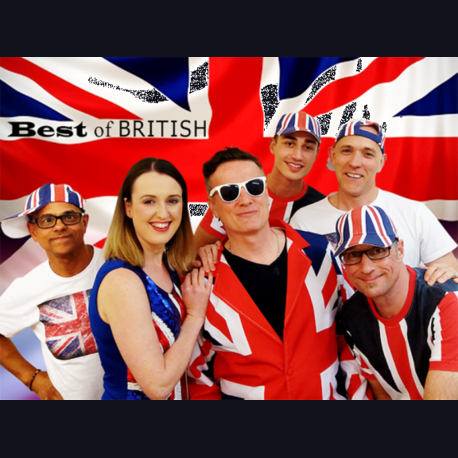 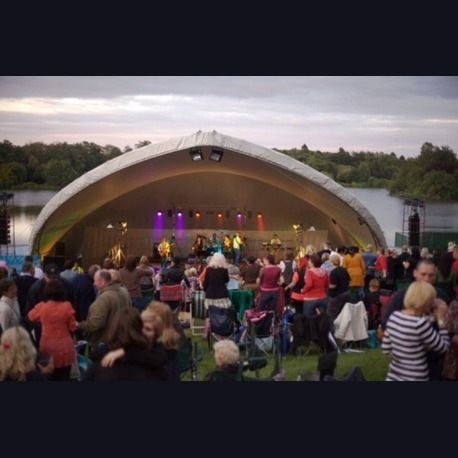 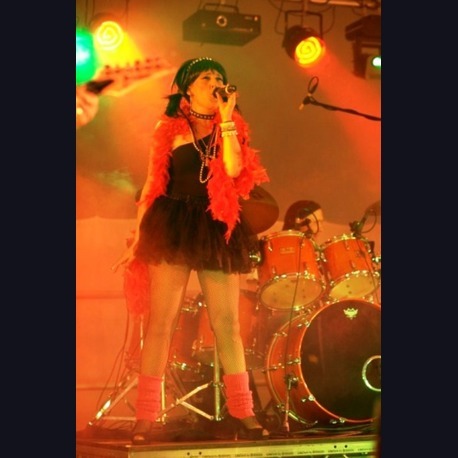 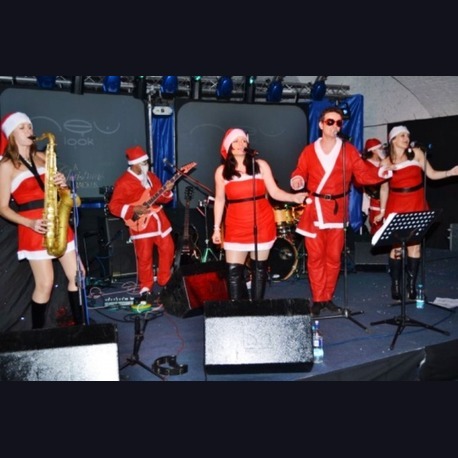 Wake Me Up Before You Go-Go

There are lots of function bands around, some good, some not so good. So Lost In Music need a Unique Selling Point and it comes down to this - if you would like to book a band who stand still on stage whilst reading music, holding a pint, playing half-heartedly along to backing tracks and looking as though they would rather be somewhere else, then perhaps you need to look elsewhere.

Lost In Music are a bunch of fantastic musicians who want to enjoy what they do - play fantastic party music to get your guests moving - and their enthusiasm is completely infectious. They produce layer upon layer of rich vocal harmonies (there are plenty of singers in the band, not just the lead vocalists) and there is lots of energy on the stage. Your dance floor will be full from beginning to end and your guests will still be talking about them in years to come.

Lost In Music can be booked as a basic 6-piece band (male and female lead vocals, guitar / vocals, drums, keyboards / vocals, bass / vocals). The band numbers can be flexible though, depending on the function.

An extra female singer can be added (to allow costume changes mid-set) or you could upgrade to the incredibly exciting 11-piece (adding an extra female singer, an extra male singer, and a brass section) - this big band is a fantastic spectacle with four lead singers and makes it possible for the band to perform costumes changes mid-set. For example, they could have two girls going off stage to change into an Abba costume while there are still two lead singers on stage whipping the audience up into a frenzy - the pace is relentless!

They have an enormous set list (over 270 songs, and growing constantly) and are hugely experienced (something of an understatement!) in playing all kinds of shows, all over the country and abroad.
Shortlist

"Dear Kevin. It was good to see you again on Saturday, and yes, the evening appeared to go very successfully, and a great time was had by all!! It was fantastic to see so many people get up to dance as soon as you started playing, which only emphasises you got the mood of the guests just right. We have yet to come up with a grand total on exactly how much was raised, but I believe its in the region of 12k, so not bad considering the current economic climate. From Tracy, Kim, as well as myself Thank you once again for your support, and for making sure the evening's entertainment first class. I'd like to wish you, and the rest of the members of Lost in Music, a very Merry Christmas, and all the best for 2009. Kind regards.
- Sue Fenton, Great Ormond Street Hospital Charity Event, Witham

Great service as usual everything went smoothly and a fun night had by all. Hope the band didn't mind us joining them on stage for American Pie! It was great.
- Debbie Phillips, St Edmunds College, Ware

Trying to find a band that would suit all tastes is very difficult, but 'Lost In Music' were fantastic and I would recommend them most highly. Thank You.
- Tony Crompton, Cobham

Lost in Music have been the most organized and professional group I have worked with and their performance on the night had everybody up dancing. They created a vibrant and happy atmosphere that everybody, of all ages, enjoyed. Brilliant.
- Alan Clarke EISL Ltd, Buxted Park Country House, Uckfield

Lost in Music were excellent. Kevin was very helpful in our conversations before the party, and very professional and obliging on the night. Their performance was superb, and the dance floor was full all night. I would have no hesitation in booking them again, and would highly recommend them for a similar celebration. Thanks for your help.
- Mike & Cathy Burton, Legacy Falcon Hotel, Chapel Street, Stratford-Upon-Avon

It was brilliant!! Thanks for putting on a good show, it was thoroughly enjoyed by all!!!
- Joanne Richardson, Wetherby

It was a great night, we had a fab time and your band including DJ were superb. We will certainly recommend you to our friends.
- Dave Russinger, Ware

Dear Kevin, just wanted to let you know that we really thought the band were great last night. We had many phone calls from our friends today who loved the music! Andy's said his absolute best moment of the whole weekend was your Hey Jude at the end. We would be happy to join your list of very satisfied referees if you want us to. Many thanks to all of you.
- Myra Stern, Barmitzvah, London Zoo

You were great, thanks again for contributing to a great night. I was over the moon with Disco Inferno. All our friends are taking their number!
- Gemma Morriss, Wandsworth

Just to say what a fantastic job the band did last we night and I hope they left feeling that they had been appreciated. Everybody had a great time and the dance floor was always full which was what we were hoping for. Many thanks.
- Jane Hepburn, Godalming

Entourage are a vibrant cover band made up of highly experienced professional musicians with many years of performing experience. They are the perfect addition to your wedding civil partnership...

A Party Band To Provide You With An Unforgettable...

Totally Funktional are a professional 5 piece band who love to entertain and provide an unforgettable night of partying and memories for all. Make sure you have your dancing shoes on! Based in...

The Perfect Choice are a very experienced, high class professional band who are continually updating their repertoire. They have several hundred weddings, functions, parties and New Year's Eve...