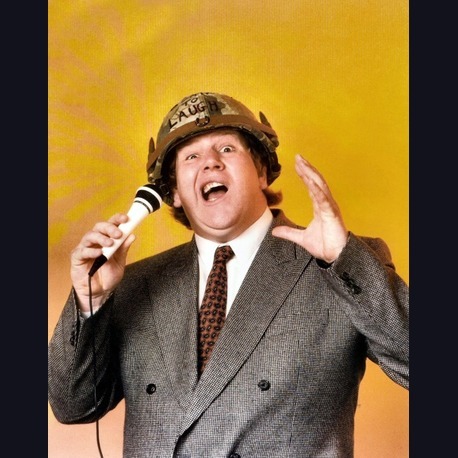 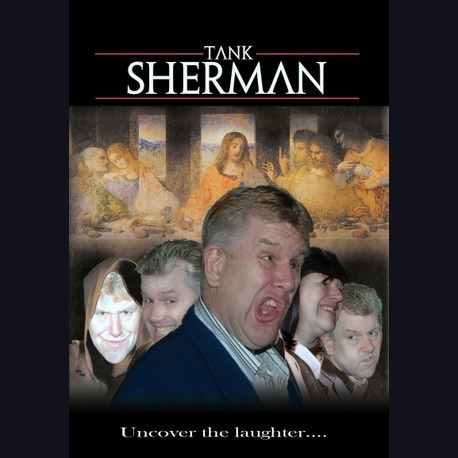 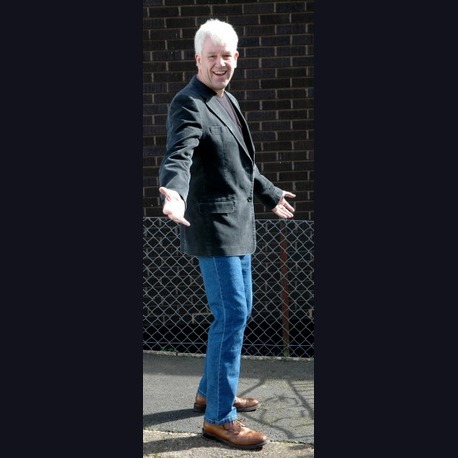 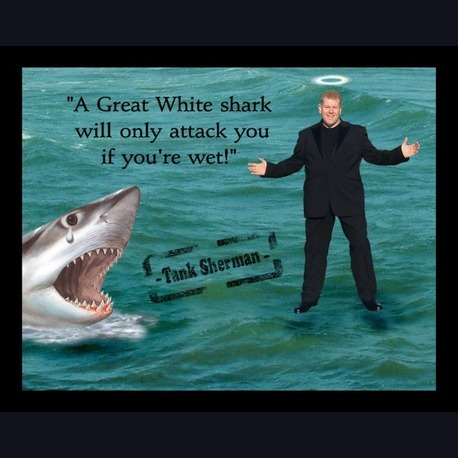 2018 Looks like being another successful year for TANK with dates already selling fast, book early to avoid dissappointment

Tank Sherman was born in The West Country at the age of 0. He is one of twins not identical though, because his sisters got a beard! He came from a poor background and even had to wear one of his sisters old dresses to school on one occasion. Imagine his total surprise when he realised that his teacher was wearing the same dress! No one could tell who was more embarrassed, Tank Sherman or Mr Jones!

His first introduction to comedy was when he was invited to give an after-dinner speech at the National Psychics Association in Bournemouth. It was a strange night. Half the audience left because they didnt like the jokes he was about to tell! 1983 was a year that saw many changes, particularly to the Irrigation System of Chiles Inland Rice-Paddies. But thats another story... He was encouraged into show business by his Great Grandfather, who was one of Britains top psychics, Seymour Sherman. Able to predict the future, his greatest feat was when he announced to the worlds press the minute, to the hour, to the day, to the month, to the year, when he would die! (Apparently the judge told him!) Tanks powers let him down one night when he suffered an asthma attack! He was beaten up by ten asthmatics! The police didnt understand why he hadnt heard them coming?!

In 1997, Tank Sherman spent a lot of money on a beautiful salt water aquarium at his home. He purchased half a dozen very rare Patagonian jelly fish to grace the beautiful glass tank, but the very next morning Tank Sherman was in tears. Overnight, all the jelly fish had set!

Tragedy also struck his family on the 100th Birthday of his Great Gran Freda. She died at her birthday party, half way through the bumps!

I hope this lot of waffle shows you the type of person Tank Sherman is. With a penchant for the stupid / daft jokes in life, things came to a head in July 1999, when he appeared in front of millions on the Les Dennis ITV talent show... 'Give Your Mate A Break'... he won! Tank is happy performing to a crowd that is out for a laugh, and can turn his hand to all audiences.

So with possibly a sprinkling of magic, poetry, a song and sometimes the most ridiculous Quiz Show you could ever be present at, Tank will have em rolling in the aisles and shouting for more.

With many performances under his belt, he has brought his own kind of humour to the West Country.
Shortlist

Always highly praised and we could bore you here with reviews from bookers but we lost both bits of paper!

Original Fresh Modern Humour This father of 6 has been through the "wringer of life" and come out the other side!! With bizarre experiences and a slant on life guaranteed to amuse. His...

All Round Clean Comedy Entertainer

Good clean, a little cheeky, comedy, with some vocals & impressions, very much like a Freddie Star/Brian Conley/ type show, Since turning proffesoinal in 1993 Bobby has worked all over the world...

Kevin Kaye has been in this business for 40 years and has the ability to entertain at all levels and all venues. Available as a Stand up Comedy for corporate events, private functions, Cruise...