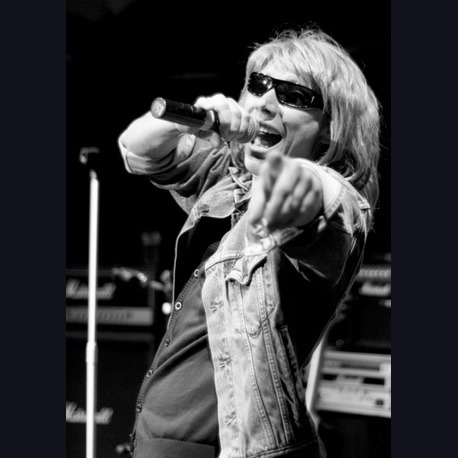 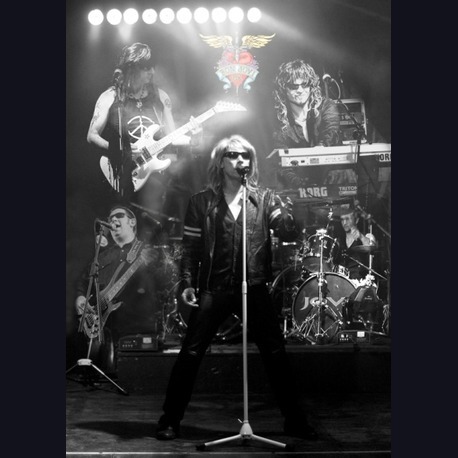 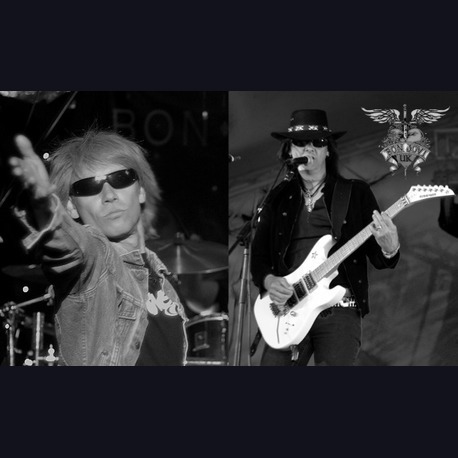 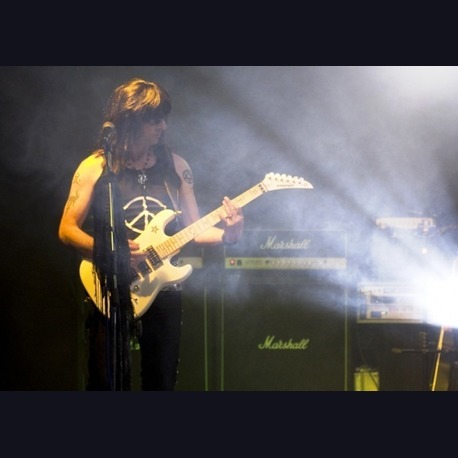 The Bon Jovi UK live show is exciting, lively and very entertaining for all ages. Very rarely do you see an entire band smile from start to finish. Their show is a rock and roll party welcoming you in to their world from the first 'anthemic' song.

The Bon Jovi UK are bigger and better than before with a full throttle anthem blasting Bon Jovi show. Its all here, the look, the sound, the hits, the energy, the party atmosphere but most importantly, the warmth with the audiences. A common problem with a lot of tribute bands is that they perform a set that includes some of the more obscure songs which is fine for the die hard fans, but not for the majority. This band keeps it's set tight and only performs the major hits, no semi known album tracks!

The Bon Jovi UK has worked very hard to capture what the audiences want and give it to them! What makes this band stand out from any other Bon Jovi band is they have a very audience friendly warm front man who hits all the notes (and in the original key), Ritchie Samboras twin on lead guitar, Tico with the double kit and goatie beard, a curly haired David Bryan on Keyboards and a very talented Hugh on bass guitar. Last year, their 'Jon' performed all the Jon Bon Jovi vocals for the worldwide Sony game - Buzz! He is now regarded as one of the best Jon Bon Jovi tribute artists in the world.
Shortlist

Bon Jovi uk are one of the best bands to play our festival. They are friendly, easy to work with and above all, probably the best tribute Bon Jovi show in the world.
- Bob Naylor, Local Live Aid 207 and 2008.

Dear Bon Jovi uk Just wanted to feed back a few things that I feel are important and should you wish to share these with potential promoters/clients, please feel free to do so. I have booked many tribute bands over the years, some brilliant, some ok and some that are really cover bands playing a set by 1 artist. I even had a Queen tribute band turn up as a 3 piece and no Freddy! To get a complete sound a like and look a like Bon Jovi band is really rare, in fact as far as I can see from other bands webs sites, you are the only one, and by a mile. On top of this, you are probably the greatest bunch of lads I have ever worked with. You were very kind to the other artists on the show and you went out of your way to mingle with the crowd, have your pictures taken, sign autographs. But above all, you were really down to earth and not rising to the headline act ego that so many do these days. For this, my team, crew and myself thank you very much. However, this was all going on off stage. When you guys took to the stage, everyone went wild and I'm convinced the first few rows believed it was actually Jon Bon Jovi himself that turned up to sing. Your set was tight, professional and included all the anthems that the crowd wanted. Indeed, many fans came up to us saying that they enjoyed your show better than the real thing now that's a real compliment. Well done to you all and I very much look forward to getting you on at my next festival.
- Bob Naylor - Local live Aid, Leicestershire

Dear Bon Jovi uk The Waterfront would like to say a big thank you for entertaining our customers last week end. There were a lot of people who had travelled especially to see you and bought us in extra customers in our restaurant. Many thanks
- Clare & The Waterfront Team, Barton Under Needwood

Dear Bon Jovi uk I would just like to thank you for Friday night, you guys were great, we really enjoyed the evening. You must have all been shattered on Sunday, it is admirable the effort and time you obviously spend on the show. So thanks again and keep us informed of your plans
- Leisa Bird in Hand, Moira

Dear Bon Jovi uk What an amazing night we had with you guys here! The younger crowd actually thought you were the real Bon Jovi and who am I to try and change their minds. It was brilliant to see you all posing with the fans and the photo we have with my staff is firmly placed in pole position on the bar. It is a no brainer to us if you would come back here again next year. You should all be very proud of what you have created.
- Darren, The Sump

Just a quick line to say a massive thank you for bringing the Jovithon tour to our village. I am so glad that we went ahead with the outside marquee, hog roast etc. as it brought everyone out to support the event. It was a shame you had to leave as we would have kept you here all night! We were very impressed with how slick the organisation was for this and the crews were so fast, we never realised that they had actually set up. The girls were also fantastic, I know a few of my male customers fell in love that night If you do it again next year, please count us in and well done to all of you.
- Lindsay, The Bull & Lion (Bon Jovi uk's 'JOVITHON' tour on behalf of the Rainbows Childrens Hospice)