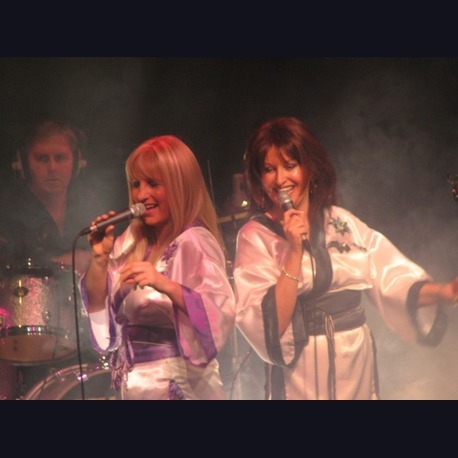 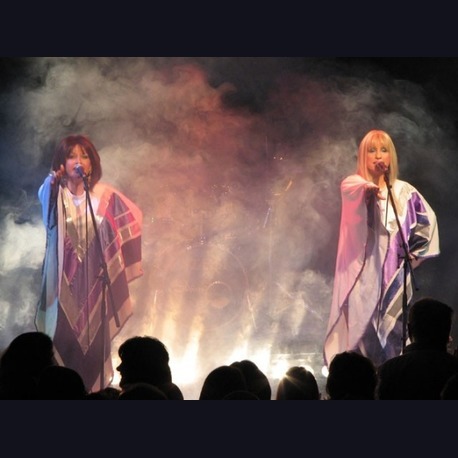 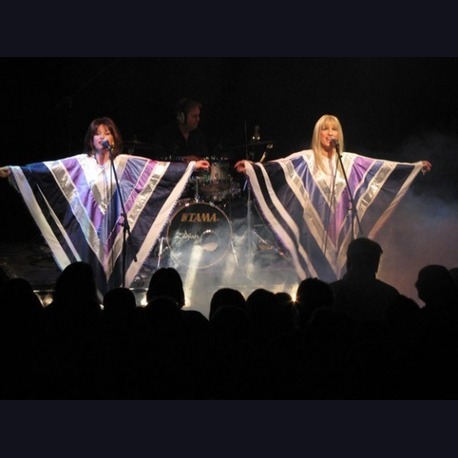 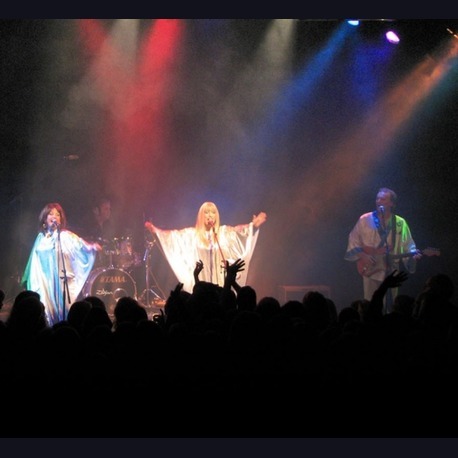 Knowing Me Knowing You

Name Of The Game

Bjorn Belief! was born in December 2002. Tina, Lorraine, Peter Colin (who all come from the Swansea area) were fans of ABBA and determined to show just how close they could be to the real thing.

It quickly became apparent how intricate the songs were even though they were technically classed as pop music. The classical and folk themes running through meant that only true players could handle playing them, which is why, apart from a very few top class bands, most other ABBA tribute bands mime.

Not only was Colin an exceptional synthesist and classical pianist, Peter is a Record Producer and fine musician with his own Recording Studio. Also Lorraine and Tina were seasoned singers who were well matched for their power and tonality. Together they create an amazing tribute, not only in sound but also in their resemblance to the supergroup.

When they perform, their audience quickly forget they are not listening the real ABBA. South Wales Evening Post review If you close your eyes you will think its the real thing youre hearing! The Stage Musically excellent with just the right amount of chat.

However, they all love the group Bjorn Again and have developed their own unique brand of comic asides, producing a hilarious show making tongue-in-cheek references to Swedish-isms and divorce. They have delighted audiences wherever they perform and have built a good following.

Anni-Frid is really Tina Williams. Tina has toured with other Abba tribute shows in the UK and in Europe, including Abba Gold and Abba Vision. She has been a singer with many bands over the years and the deep rich tones of her voice are exactly like Anni-frid's, which means that although she loves to sing jazz, Abba suits her well. She has also been a member of Stepping Stone Theatre Comapany. 2008 sees the release of Tinas new Jazz project, which features her vocal talents and is a beautiful tribute to some of the most appealing jazz classics.

Agnetha is really Lorraine King who is an accomplished singer/ songwriter in her own right, as well as being a member of the band Quuba and No Hat Moon. She has appeared regularly on various programmes on S4C and HTV and BBC 1. She has also won several song-writing prizes such as S4C's Song For Wales Competition to the Pan Celtic Folk Festival in Ireland, and a prestigious prize in the unisong International Song Contest in 1999. A seasoned session musician, she is also a broadcaster with BBC Radio Wales and occasionally produces scripts for BBC Radio 2. She is also founder member of The Califonians who play West Coast music in theatres throughout the UK

Benny is really Colin Evans who although trained as a concert pianist preferred classical composition. He also has a keen interest in various musical genres and started the crossover group Osian. They produced a unique Musical Dylan based on the life of Dylan Thomas in 2001 and the show has had rave reviews from Dylan's daughter Aeronwy. He has also produced music for Wayne Champayne. Asked why he wanted to join ABBA 2, he replied that the music was so well written that it is a joy to play.

Bjorn is really Peter King record producer and studio owner. Peter has worked with some of the greats in the UK music business including Bonnie Tyler, Eric Clapton, The Bee Gees, Cilla Black, to name a few. He is a respected musician and his vocals give an authentic Abba sound.

Paul Smith is Wolfgang Banger the drummer! Paul is a very fine musician and is known as one of the finest session drummers in the country. His speciality is Jazz but he plays all kinds for anyone! He also is a member of The Californians, a band that are gaining a lot of fans for its West Coast Music. Paul has played with many jazz legends and he has become so popular that wherever he plays with Bjorn Belief! fans start chanting his name!

Jonathon Lewis plays the bass guitar, he is also a member of The Californians and an accomplished solo performer with two albums of original material to his credit. Jonathon has also played with Nightshift, a top class cabaret band playing all over the UK. Jonathon is also a music teacher for several Colleges.

Hywel Maggs is one of the UKs foremost guitarist and is a session player who has played with anyone and everyone in the Welsh music industry from Tom Jones to Catatonia. He is an incredible guitarist who certainly rocks the party

Kirsty Roberts is a backing singer who has played with Hughy Lewis & The News, Don Felder from The Eagles and regularly tours Europe with the hit musical sounds of the 70s show. She is currently recording her debut album of original songs and has featured on dance albums in New York.

Jayne Stillman is a talented actress who is as comfortable in a Shakesperian production as she is recording albums for Kids Praise. She runs her own very successful drama school based in Swansea, and works for the Gregory Theatre Company. She is also a fabulous singer.
Shortlist

"Wouldn't consider anyone who couldn't play to the highest standard in my venue, ABBA 2 are outstanding musicians"
- Mr Kyps

"The best ABBA tribute I have heard"
- Vern Allen

Want can I say about Abba 2 Bjorn Belief, They were the most entertaining Tribute Band I've seen. Professional and Funny all rolled into one, I have had so much feed back from members and guests who attended the evening and all have made comments of they were Brilliant, Amazing, and very entertaining.
Its Been the best entertainment night we have had at the club and I personally think as a Tribute Band that's going to be hard to beat. Please could you thank them for such a superb night, and we will at some stage have them back. (MOST DEFINITELY)
- Julie, Club Secretary Hardwicke Royal British Legion

Get ready to party - The Abba Sisters are in town! In true Abba style the Sisters will wow your guests with the hits that made Abba famous with their high energy, choreographed show. Their 1 hour...

Sensation are one of the UK's premier Abba tribute bands, bringing the authentic sound of Abba back to life! With particular attention to detail, Sensation combine high quality musicianship...

ABBA Sensations is a top tribute to ABBA. Fantastic costume changes, full lighting and stage show with superb choreography. A spectacular night of ABBA classics and more. We take you on a fun...