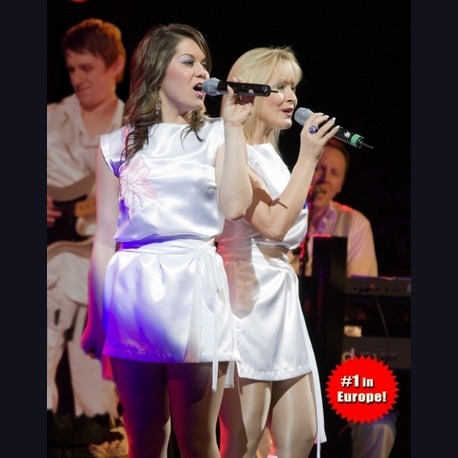 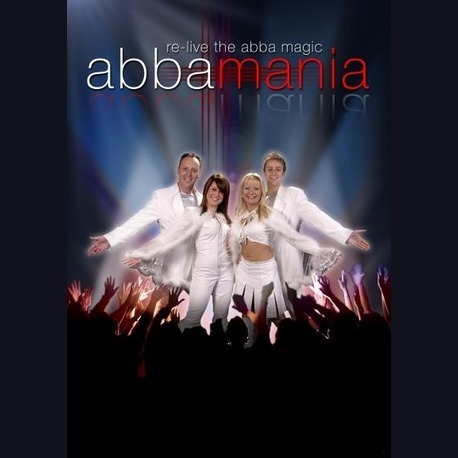 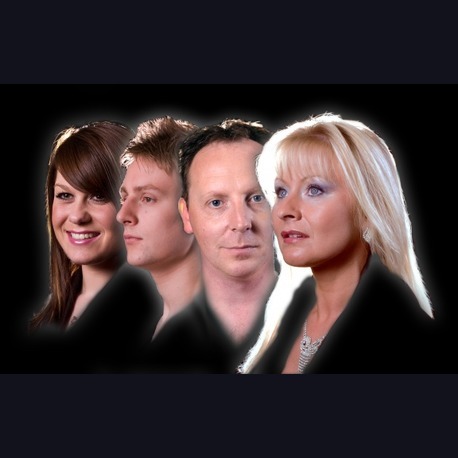 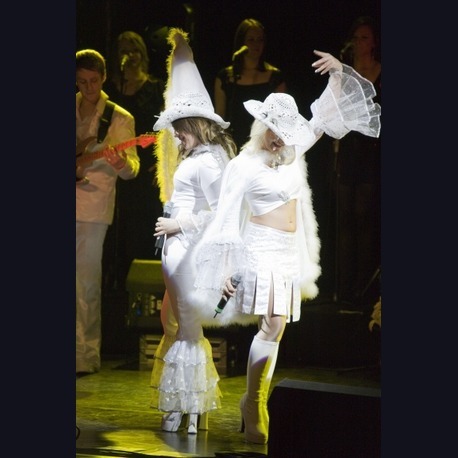 Abba Tribute band Abbamania, the UKs original Abba tribute are widely regarded as one of Europes Premier Abba tribute Bands.
Their sensational live concerts have taken them all over the World.
Abbamanias tribute to Abba at the height of their popularity is incredible, and their performance is of the highest Abba quality.

Re-live the memories of Abba with this the Official Abbamania Tribute Show; the wonderful, catchy songs, melodies and lyrics, indeed, the music that has sold millions of records worldwide.

Abbamanias show is a wonderful tribute to Abbas live Concert that fans throughout the World were enthralled with back in the 70′s. They have taken the wonderful music of Abba to places such as: Denmark; England; Portugal; Scotland; Belgium; France; Ireland; Germany, and Holland.

As their popularity grew, they were highly sought-after to tour Europe and North America, drawing crowds of near-hysterical fans. They remain a popular fixture in radio playlists and are still one of the worlds best selling bands, having sold almost 400 million records worldwide.

Abbamania was formed in 1998 and is now recognised as one of the most authentic Abba tribute bands in the World.

Abbamania have hit GOLD with their re-creation of Abba in Concert, and will have you dancing in the aisles with their fabulous live show featuring nearly 2 hours of pure. Abba.. nostalgia

Ewa Scott
Born in Poland, a classically trained vocalist who has entertained across the globe. Ewa graduated from the Polish Academy of Music after studying Piano and Violin for 6 years and a further 5 years of Classical Vocal training, under the watchful eye of renowned vocal coach Wanda Kaluzna. She began to be a regular on Polish TV and radio after being asked to join the Warsaw Big Band conducted by the famous Stanislaw Fijalkowski. A few years later Ewa began extensive touring with various groups and recording Artistes throughout Europe and the Middle East. When not touring with Abbamania Ewa is a well respected Vocal tutor in her own right and is always heavily in demand for recording session work in Britain and back home in Poland.

Juliana Hoy
Juliana started in the entertainment industry from the age of 11, she trained at the Dorothy Paul school of drama and at the RSAMD for her Vocals. Juliana joined the Apollo Players in Glasgow, Scotland and played many leading parts in thier muscials, she toured all over the UK and abroad with another World renouned Abba Tribute band for 2 years and had the pleasure of performing infront of HrH Queen Elizabeth at the Millennium Dome in London. She has also played along with many Superstars such as Tina Turner, Simply Red and Annie Lennox to name but a few. Juliana also appeared on both the BBC and ITV primetime television to her credit. She has now been performing with abbamania for the past year and has had the pleasure of working with all our top musicians in packed theatres all over the uk.

Steven Galert
A musical virtuoso and multi-instrumentalist, Steven has worked for some of the top recording Artistes from the past and present. Such as, Don Williams, PJ Proby, Tony Christie, The Drifters and The Christians.. Being the Musical Director of Abbamania keeps him busy but owning one of the top recording studios in the country keeps this hard working individual very much in demand. Recordings can always be heard on most of the National Radio Stations, TV Adverts and recently Channel 4s Paul OGrady Show. His performances with Abbamania have taken Steven all over the world playing in countries such as France, Belgium, Portugal, Poland and the USA.

Ross Taberner
A prestigious degree in music and years of extensive multi-instrumental training, performing popular finger style acoustic guitar in a variety of entertainment venues has helped Ross become an inspiration to other young guitar players. Having played in mostly original groups this sees his first performance in a Tribute band, now a big Fan of Abba he is loving every show. When hes not performing Ross spends his time teaching guitar and drums throughout the country as well as writing reviews for a number of Scottish music magazines.

Many people are choosing to book Tribute Acts & Tribute Bands for their wedding reception/evening party, birthday parties, corporate events etc instead of the traditional Wedding Bands & Wedding Singers you would tend to book as Wedding Entertainment. As well as Abba Tribute Bands we have a wide range of Tribute Acts that we have found more and more clients are hiring for their event including Take That Tributes, Beatles Tributes, Michael Buble & Adele Tribute Acts are very popular during the wedding breakfast.

You can see the wide selection of Live Entertainment that we have available to hire/book for your event at www.scottjordan.co.uk which also includes Discos & DJ's, Magicians, Solo Singers, Function & Party Bands, Jazz Bands and much more, making us the best Entertainment Agency to phone for advice and guidance on your event.
Shortlist

Abba Mania were awsome - they sounded great and looked great - we had a fantastic night - we hardley sat down - it was a great atmosphere and well worth every penny.
- Tommiesky

Abba Mania was a fun packed, amazing show that made everyone get up and dance. Really good fun and great night out! Thank you for the Music .....

Abba-solutely fantastic !! The Abba Mania group members were excellent...the only next best thing would be an a concert by Abba themselves ! The voices were superb and very authentic. It was great to see people who had made the effort to dress up...there was singing and dancing galore ! Despite being only about half full( possibly because of the change of date) the atmosphere was good and everyone really enjoyed it. I went with my Mum, and my two daughters ( age 15 and 7) - we all enjoyed it very much and would recommend
- Southampton Guildhall, Fraufreckle

I went to the show sat 5th dec 2009 with my 10 year old son. we thought it was an amazing show..my son was up on his feet the whole night and sang his wee heart out...definatley would book again

I was little bit uncertain about going along to the concert with my wife, who was extremely excited about the evening ahead, however i soon found myself up on my feet dancing and singing along to all the classic Abba songs. The singers were fantastic and the whole evening was great fun. Abba Mania. Super Troopers till the end!
- Alhambra Theatre

What a night! A brilliant start to the Christmas season. Non stop bopping all round to all the Abba favourites. The Alhambra Theatre was packed to bursting, and not a soul sitting on their bum once the music started. The group were fantastic, especially the girls, who gave 100%, singing , dancing and stuttin their stuff. I would recommend this show to anyone. Abbamania put on a fab performance
- Alhambra Theatre

The show was really well put together and the singers had everybody up dancing and really encouraged you to sing along.
Really enjoyed the show. Was suitable for all ages and we wre all up dancing and singing most of night. Not a dull moment. Fire works really set it off too. Outfits and image were perfect too.
- Maurticia

An evening very well spent. A family occasion for all ages. Songs were very close to the real thing and the vocalists had super voices. Costumes were excellent including the tight abbaesque blue trousers that take forever to squeeze into. Go and see it. Totally recommended
- Blackpool Opera House

The amazing abba was so cheesy but thats what you expect and wasn't disappointed. The girls were fantastic,sung brillantly and dance routines were second to none.Recomend it to anyone and everyone.Wll done to all at abbamania
- Grimsby Auditorium

A Salute To Waterloo

A Salute To Waterloo is a non stop show full of the hit songs from the hits of Abba, which got the world dancing. 1Yr touring with Groovy Gazza Productions in 'A Salute to the 1970's' performing...

Illusion have gone to great lengths to be certain that not only is the music very accurate, but that they look fantastic with authentic costumes. The remarkable Illusion tribute band feature all...

Voted The Official No.1 Abba Tribute Act In The UK

As endorsed by The Agents' Association (Great Britain) 2013 Presenting Abba Tribute Band Abba Revival The legend of Abba lives on with an incredible legacy of timeless tunes and their...