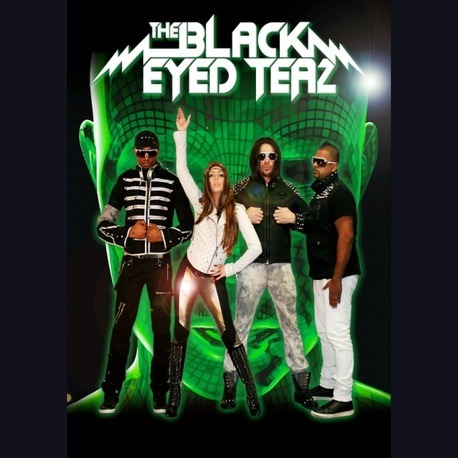 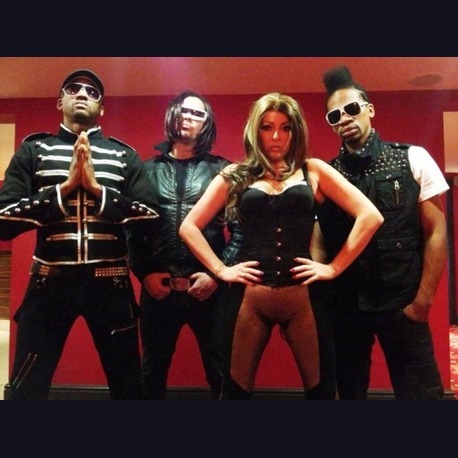 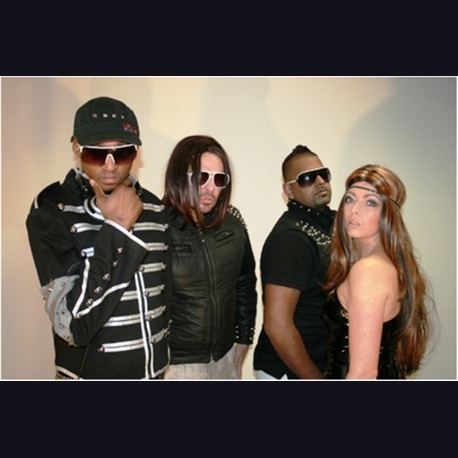 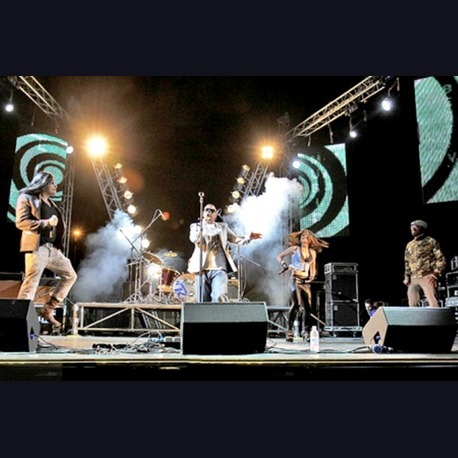 Where Is The Love

I've Got A Feeling

Formed in 2010 these the Teaz have been on a rollercoaster journey that has seen them perform all over Europe and the UK.

The Black Eyed Peas have had countless hits from the early pop/hip-hop of Where Is The Love? To the Electro rhythms of Don't Stop The Party & I Gotta Feelin with the latter being the most downloaded song of all time and a guaranteed floor-filler at any event. These guys replicate the sound and look of the band perfectly, prompting quite a few punters @ a recent gig @ The Venue, London to squeal, "Oh my god they have the Black Eyed Peas onstage!!!!" as relayed to us by the manager who found it hilarious.

As you can imagine, the Live Show covers all the Black Eyed Peas massive hits from there first number 1, 'where is the love' to more recent tracks like 'Don't stop the party'.

Many tributes get the look or the sound right but seldom both, especially in the case of a band but that's not the case with the Teaz. The band has 4 accomplished performers who are each a front person in their own right and with fabulous costumes being updated constantly and new songs being added the show is always fresh and up to the minute.

The Peas are as popular as they have ever been and Will.I.Am's profile has also soared thanks to his recent stint on popular TV show, The Voice.

The Teaz have played in every kind of venue from hotels, to universities to festivals, clubs, corporate and even weddings and barmitzvahs (fill up your cup - Mazeltov!!!!) and comes as a playback show or with live band.

So get ready to Rock Ya Body's , I Gotta Feelin you're gonna love this show.
Shortlist

The Black Eyed Teaz did a brilliant job and really lifted the night again (after England losing penalties) all the band members were very polite and helpful an absolute pleasure to work with. The bands performance was very energetic and really got the crowd going with dance routines and audience participation. They sounded fabulous and it would be well worth getting a better video put together with improved sound quality which does the band the justice they deserve. My client is very happy which of course makes me happy. Everyone had a great night. A big Thank you to The Black eyed Teaz
- Kevin Round, Heartbeat Promotions

One of the best reactions ive seen
- Bar Manager, the Venue, London

A "huge" thanks to the gang, they are outstanding, as Nick has promised - and certainly many who may not have known any Peas songs or thought they didn't like the group - had their minds changed on Saturday. One person who is an avid music lover and particularly hard to please actually commented that
they thought you sounded better than the real thing! The overall performance and showmanship that goes into the act is brilliant, hence we'd like to have you back again next year and wouldn't hesitate to recommend you to anyone.
- Sue Shorte - Events Manager York Racecourse

U were mint last night at york racecourse ..... u r probz better than the real black eyed peaz

Hi ollie, Thanks so much they were amazing!!! Everyone was raving and the atmosphere was amazing! Thanks again for everything, Kindest regards,
- Amanda Bar Mitzvah client

Just a quick note to thank you guys for the excellent show at the Fitzpatricks Event last week. The client was over the moon with the whole show and asked me to thank you on his behalf.
Well done and look forward to working with you guys soon.
- Create Events

The Teaz usually perform as a 4 piece plus backing track but are also available with live band as a 7 piece with guitar, bass and drums or even a 10 piece including brass.