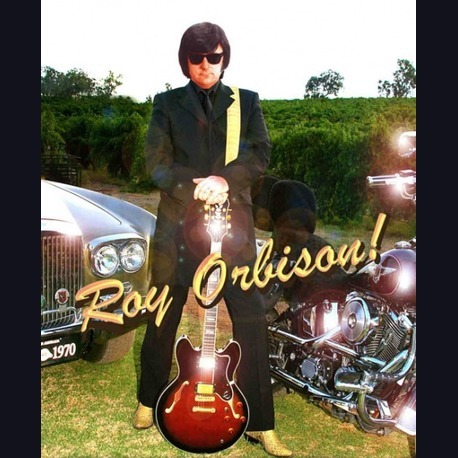 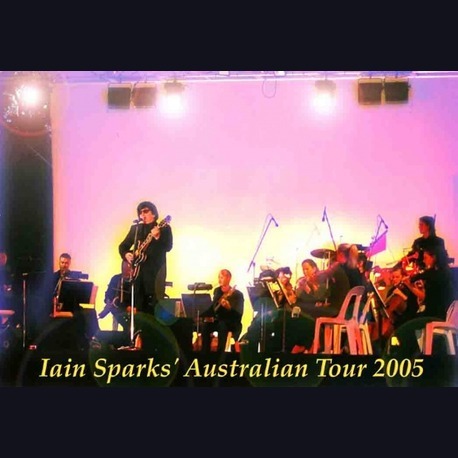 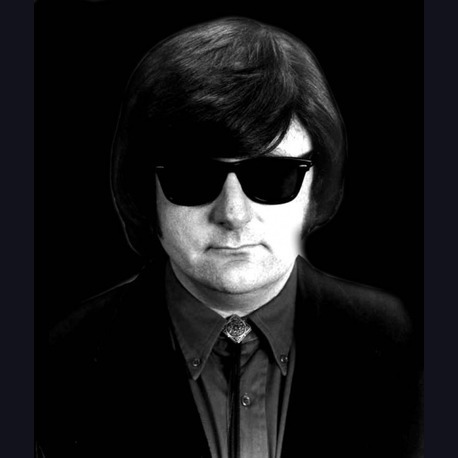 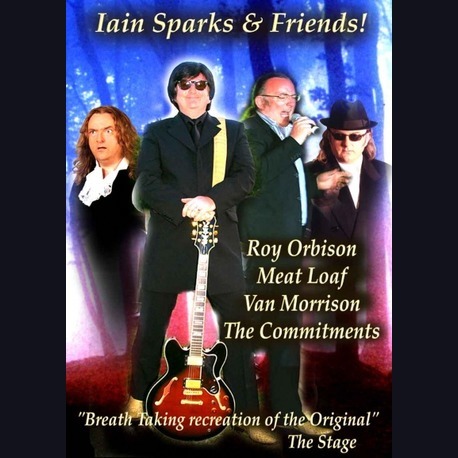 He starred as Roy Orbison in The Concert They Never Gave for E&B productions (Buddy! -West End) on several UK tours including appearances in West End Theatres.

In 2005 Iain played Orbison in Perth, Australia with a 20 piece orchestra - the booker searched the world for the best Roy & chose Iain as his first choice - supported by Johnny Earle.

Iain performed on live TV as Roy with Westlife in 2007 for BBC1 (one of many TV appearances) and spent most of 2009 touring in Europe & the UK with several different theatre shows.

Iain Sparks performance as Roy Orbison has been reviewed the world over to great acclaim. People often think hes miming to Roys original recordings. Some say he brings more to the role than just the look and sound of Roy and adds much of the essence of the fabulous Roy Orbison as well. Iains staggering four and a half octave vocal range and powerful, crystal clear voice enable him to recreate the early iconic vocal sound of Roy Orbison when he was at his very best. Check out the high notes in Crying and you will hear why Iain is generally regarded as the best in the business all over the world.
Shortlist

The following comments were left by Guests at a recent function at The Yangtze Chinese Restaurant, Liverpool

Zoe Norcliffe
Thanks for a fantastic performance Ian. Many guests said that it was the best night out that they have had in years! Keep up the good work and I will hopefully get to see you again in the future. Thanks and all the best!

Gaynor Morgan
Brilliant party on the 9th February 2013 for Russ's 60th birthday at the Yanksy Chinese Liversidge.
Couldn't have been any better and Roy Orbison was absolutley fantastic.

Mel Wood
Hi Iain. Thankyou so much for making our special celebration party even more special. As the big 'O' your looks and voice were absolutely stunning! I've been fortunate enough to see the real Roy perform live, and he would have been well impressed, as we all were, with your tribute to him. Long may you continue in the business. Hope to see you perform again in the future. Best wishes to a true professional.

Russ
Iain. You are, without doubt, the second best Roy Orbison I have ever seen! Remember, I saw the other (real) one, twice. I wanted the evening to be an experience people would remember and, thanks to you, it was certainly that. The response has been amazing! Thank you so much.

Joanie
Had a fantastic evening on Saturday 9th February at Russ Woods 60th Birthday Bash. Iain Sparks performed as The Big O (Roy Orbison) and was brilliant, looked and sounded just like him. A great night was had by all who attended. Thank you very much

Dear SJE
When one books an entertainer when they have never seen or heard of them, it is always a gamble, but I have to say the Big "O"s sample tracks gave me confidence that he would be good.

I have to say, he was more than good...he was fantastic, his act was perfect, he sang brilliantly and his outfit and wig really did make you think Roy was there..!!.

All my guests thought he was excellent and so did the Casino croupiers from another organisation as well as the venue bar staff.

The Big "O" was a perfect act for my 60th and would happily recommend him to anyone, a few people took his details, so hopefully they will lead to some more bookings.

Thanks for recommending him
Regards
Andy

Dave Montanna presents a likeness and pure sound that provides the unique experience of a Roy Orbison Concert from start to finish. From his early hits to the later collaboration with the...

Paul has been a lifelong fan of Roy and his tribute is lovingly produced to bring the warmth and vocal talent of the Big O to life. It took attention to detail to recreate the look of Roy but it...