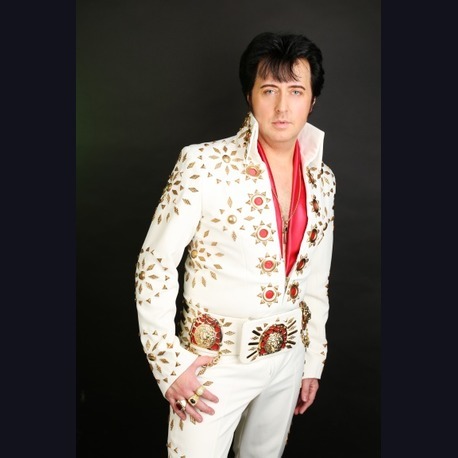 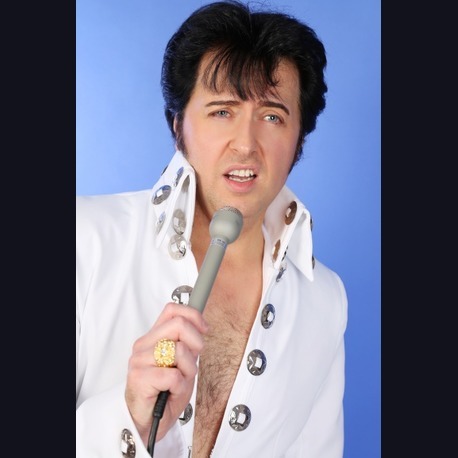 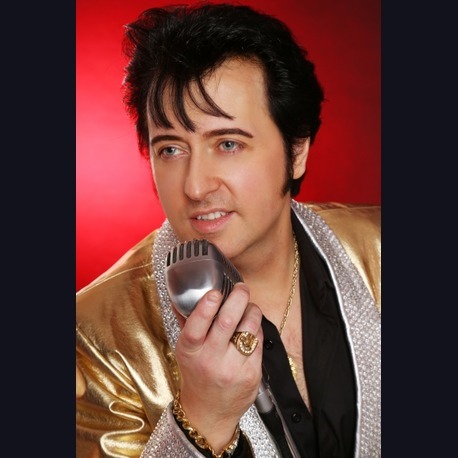 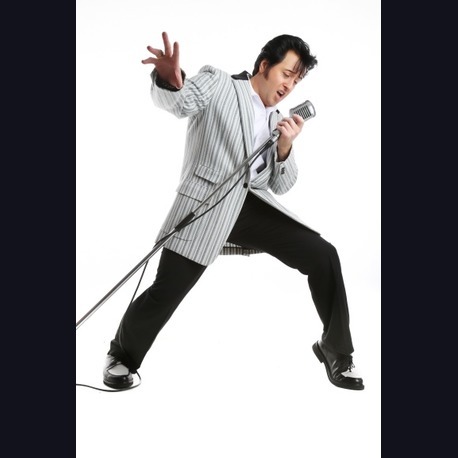 Andy has been a fan of Elvis Presley ever since watching Jailhouse Rock as a kid. He was amazed by Elvis's looks,charisma and fantastic voice. After winning a competition singing an Elvis song judged by the Northwest of England's biggest radio station Key 103, Andy decided to become a professional Elvis tribute Artist in 2012.

In 2013 Andy entered The European Elvis Championships singing as G.I. Elvis and made the finals. In 2014 Andy Reno entered The European Elvis Championships and made the finals with his recreation of Elvis's '68 Comeback Special performance. Later in July 2014 Andy entered Europe's Tribute To Elvis and was voted into the top sixteen judged by Elvis's bodyguard Sam Thompson, Elvis's tour manager Charles Stone, Elvis's Co-star from the movie Kissing Cousins Cythnia Pepper and Suzi Quatro.

In 2015 Andy made the top 10 in the finals of The European Elvis Championships as 70's Elvis. Andy has been endorsed by one of the worlds best Elvis Gospel groups The Blackwoods, having been invited to tour with them. Elvis Reno is now regarded as one of Europes best, most versatile Elvis Tribute Artists. He has a large collection of the worlds most authentic costumes from every Elvis era including an original American Army Green uniform from 1958, the year Elvis Presley was drafted into the Army. Andy uses the worlds premier costume company B&K Enterprises who are officially endorsed by Elvis Presley's costume designers Bill Belew and Gene Doucette to make his many jumpsuits, costumes and jewelry.

Andy's props include a '57 tooled leather cover for his Gibson J-200 guitar, replicas of guitars Elvis used in the movies That's The Way It Is and Elvis On Tour. Andy also owns an original red Viking Hagstrom guitar for his '68 Comeback Show complete with the guitar strap that was made from the same material as the original strap worn by Elvis Presley in The '68 Comeback show.

Andy uses the most authentic backing tracks from Golden Voice, Kings Tracks and Just Awesome Tracks for smaller shows and can work with a band for bigger shows, all including fantastic sound and lighting. With his looks, voice and charisma and attention to detail, Andy brings the music of Elvis Presley to life with his dynamic, authentic tribute to the King Of Rock 'n' Roll.
Shortlist

"You look so much like elvis It's scary,If you're ever interested we'd love to come and sing with you, we'd be honoured."- The Blackwoods, one of Elvis's favourite groups who sang at Elvis's mother's funeral and later on at Elvis's funeral.

'Andy performed a fantastic showcase for us at the Hilton Elvis Easter Spectacular. A true Elvis fan, Andy incorporates the vocals,moves and costumes into his performance with ease.A big hit with all in attendance, we look forward to working with him again soon."
- Michael King

"Love the singing, love the clothes. one word from me Andy - AWESOME!"
- Loraine Hart

"You were absolutely brilliant...and i'm not the biggest Elvis fan either"
- Caroline Gilmartin

"Thanks for a brilliant night, you were amazing."
- Michelle O'Donnell

"Elvis Reno was superb and did everything as an Elvis impersonator he should and more so we were very pleased with the event and feedback from our customers great."
- Karen

"This guy Andy Reno is one of the best out there! I have been in shows in Vegas,Tahoe... for 34 years now. I saw many guys try out for shows I was in, Legends Of Rock 'n' Roll, American Superstars, ELVIS ELVIS ELVIS, For The Love of Elvis etc. 90% of ELVIS TRIBUTE ARTIST'S TODAY WOULD NOW NOT BE HIRED IN THESE SHOWS, BUT ANDY WOULD MAKE IT. YOU ROCK ANDY! I REALLY LIKE THIS GUY!'
- Brian Andrews, Elvis Tribute Artist -USA

'I have known Andy for about three years. I've hired him to perform four times. He time he brings the house down. The finest tribute I have ever seen. In my capacity to sit in judgement on many levels the man is indeed a star there is no doubt. He is going to be a major player with his Elvis act. Each time he appears here in Macclesfield he makes the local papers. In truth he not only looks like Elvis, I should know I have met Elvis twice in '74 and '75, he also sounds like him. Also he is a beautiful, gentle man whom goes down among the audience and meets and greets. all there crowds go wild for him.He is a deeply loved and respected man around these parts. Whenever he is due to appear folk cancel their plans, they just won't miss that man.That voice that sings Elvis is not dead but but back among us singing loud and clear.elvis is back to stay."
- Sean Mulheron, former magistrate

Paul James has studied Elvis on film and listened to his concerts from the age of about five, he is a massive fan and tries to capture the true charisma and showmanship of the world's greatest ever...

A Tribute To The King

Whatever your requirements or occasion, this show is suitable for all types of venues. The show will take you through the years of Elvis. It includes the best of the upbeat songs with the best of the...