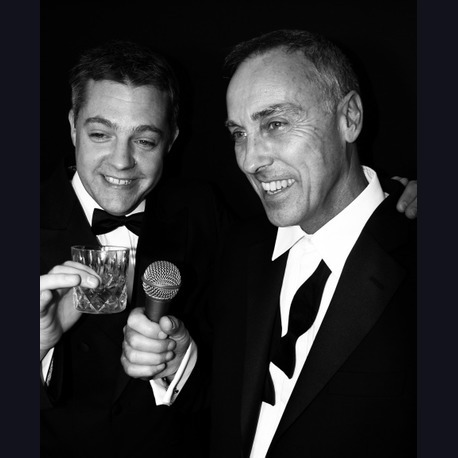 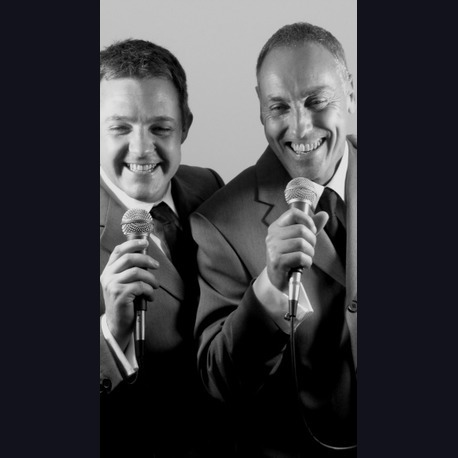 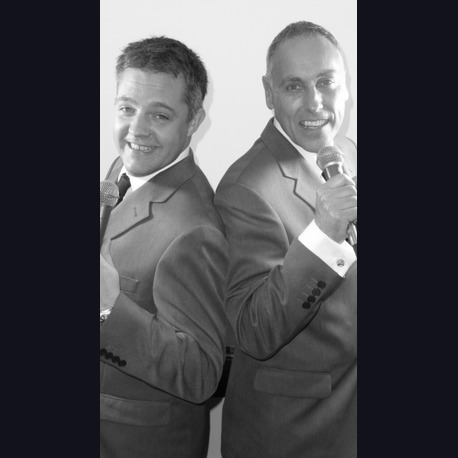 The Lady Is A Tramp

One For My Baby

Eee-O Eleven are Steve Pannell & Dave Knight. The guys have known and performed with each other for over 12 years. It was their shared love of the music and films of Frank, Dean and Sammy as well as appearing in a number of tribute and swing shows that gave them the idea of forming Eee-O Eleven. They were established in 2010 and are South Coast based, but are able to travel as required.

Their show, performed in the style of The Rat Pack, perfectly captures not only the magic of the music and comedy of the legends that were Frank Sinatra, Dean Martin and Sammy Davis, Jr. but also the remarkable personalities of the stars who truly ruled the entertainment world!

Their performance is in no way sponsored by organized crime, and they do not attempt to impersonate the aforementioned personalities!
Shortlist

"The somewhat curiously named male swing duo Eee-O 11 looked totally at home. Covers of Thats Life and The Lady is a Tramp were slickly done, and the pair were vocally strong throughout."
- The Stage

"Wow what a night! I was privileged to be present at Clymping Village Hall and Sports Club, when EEE-O 11 made their debut performance. With minimum props, (2 stools, 2 mikes, and tons of charisma) these two young men gave us a night to remember. They pay tribute to the golden age of swing. Looking very cool in their dinner jackets, and both strong singers, with a repertoire of over 50 songs, professional backing tracks, and a great sound system, they soon had the audience swinging and singing along. They performed faultlessly for nearly two hours. Receiving a well deserved standing ovation at the end of a memorable night".
- John Covey

Voted best male vocalist at the National Entertainment Awards, Jason Allen is fast becoming one of the finest and most talked about singers in the UK. His debut single “I Close My Eyes” reached No1...

Gary Grace - The King Of Swing

Gary Grace is widely regarded as one of the UK's classiest vocalists, performing at weddings, private functions and corporate events throughout the UK and Europe, as well as around the world aboard...