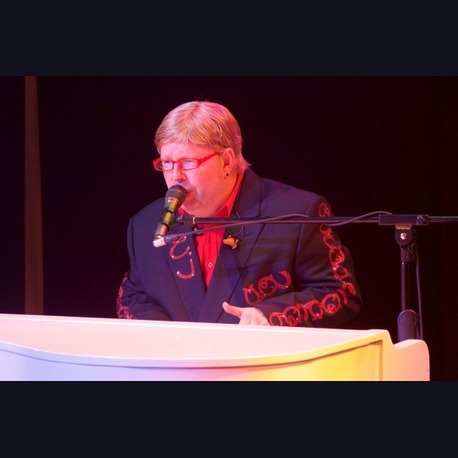 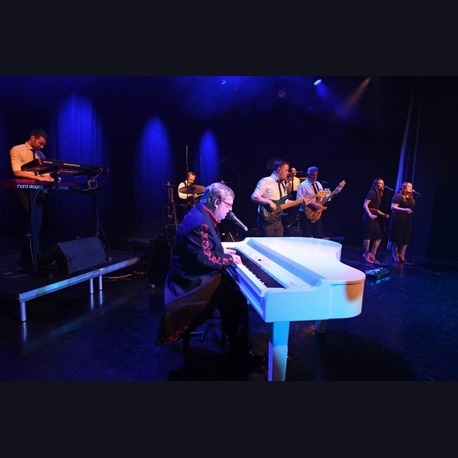 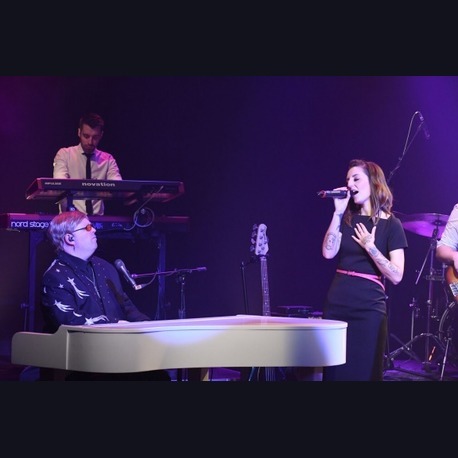 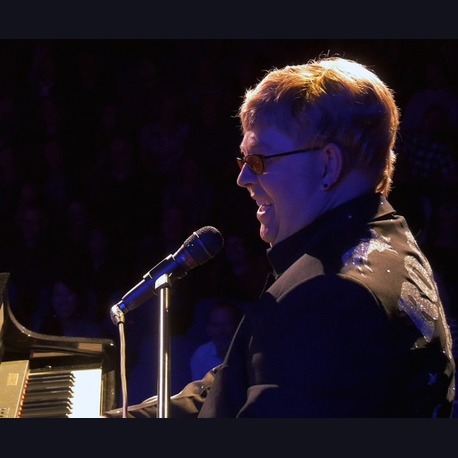 Crocodile Mock is an amazing 8-piece band recreating the authentic sound of Sir Elton John, performing classics such as 'Sacrifice', 'Your Song', 'Rocket Man' and 'I Guess That's Why They Call It The Blues' and many more.

A tribute with a difference, this show isn't just about impersonating Sir Elton John, it's a thrilling experience in its own right.

Crocodile Mock will have you singing and dancing all night long! Expect a fabulously entertaining and energetic evening watching this master tribute to Sir Elton John.

Shut your eyes and you'll think you're listening to the Queen of Pop himself!

This act is also available with the following show options:-

The price guide is for the Solo Show, please enquire for all other show options
Shortlist

We had the pleasure of receiving the Elton John Tribute Show at Rhodes on Saturday 1st February 2014. The production played to a near capacity house, all of whom enjoyed the show immensely. Iain, as Elton John, didn't fall into the trap of doing an 'impression' of Elton John, choosing instead to concentrate on strong vocals and a relaxed conversation style with the audience that took them along on a journey. He was supported by a group of exceptionally talented musicians who faithfully recreated the music in a tight and vibrant style. In an age of half-hearted and slack 'tributes' this was a breath of fresh air and I would not hesitate to look at a return booking in the near future.
- Phil Dale, Artistic Producer Rhodes Centre

Having worked with Iain Court on a number of occasions I can say he is a pleasure to work with. In my previous roles as Venue Manager and Sound Engineer at The High Barn in Great Bardfield, we have booked Iain, AKA Crocodile Mock on two occasions. Both gigs were sell outs! As Elton John, Iains repartee with the audience is fantastic, music played is flawless. The band he hand picks is simply stunning to hear, and watch. They play all the favourites and more. Far from sticking to the simpler songs, expectations are fully met and as all good entertainers he leave the crowd wanting more!
We did have Crocodile Mock booked for a third time but due to the venue being sold we were unable to put this gig on.
- Paul J.Boon, High Barn

Iain Court performed his Elton John tribute show 'Crocodile Mock' for us at Moonlight Bay in Lanzarote for 15 months. Our venue was sold as an excursion by all the major British Tour Operators and Iains Elton John tribute
was a major part of this show and he received very good reviews. His uncanny vocals and superb interaction with the audience always left people very happily entertained.
- Brenda Pipe Moonlight Bay, Lanzarote

Gary Birtles has been a professional singer/entertainer for over 25yrs and has toured the world with his shows working for P+O and several major holiday/hotel chains. For 10yrs he has been part of...

Martins Tribute to Elton is a true labour of love, making him the busiest Elton Tribute in the UK s one of the few Elton tributes who actually play the piano, he brings a natural feel to these...

Award Winning UK's No.1 Authentic Sir Elton John Tribute Act An uncanny, resemblance (as mentioned on the BBC) in looks and voice to Sir Elton John, Elite Elton has performed at many prestigious...