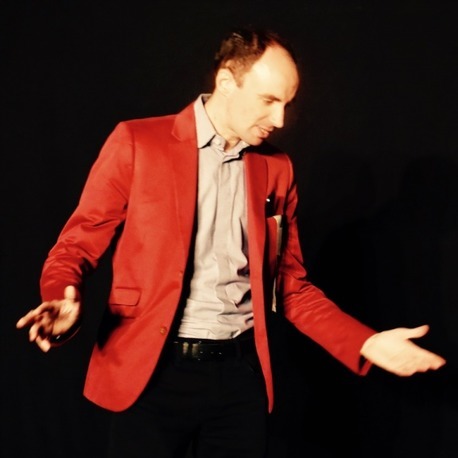 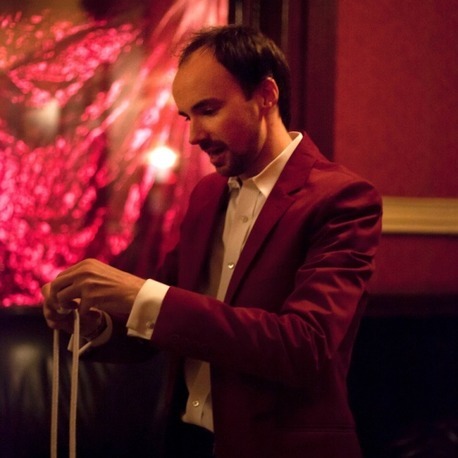 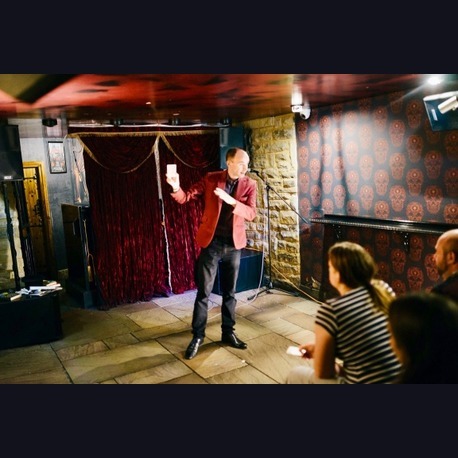 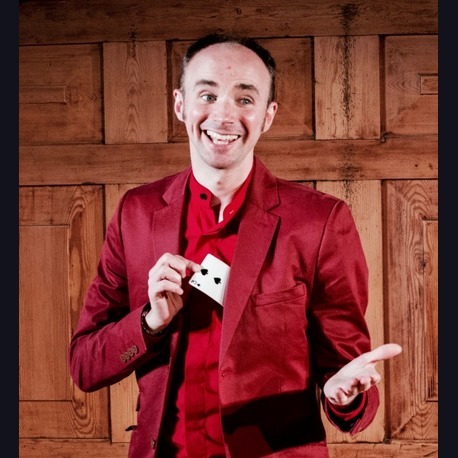 Caspar performs new and classic - invented by some of the greatest magicians of the last 120 years - close up, interactive, before your very eyes sleight of hand magic and mentalism. No suspicious looking boxes. No stooges. No assistants (glamorous or otherwise).

Caspar presents close-up magic with ordinary props: coins, cards, handkerchiefs, newspapers. You'll experience the immediacy and impossibility of close-up magic without the painted dragons and sequins of stage illusionists and he'll present the best of a vast history of great sleight of hand magic and mentalism.

It's a show that will appeal to a wide variety of people - an unashamedly magic show that will inspire even those who didn't know they liked magic. Some routines will be familiar (the so called classics of magic) and some will never have been seen performed before even by magicians, let alone non-magicians. It is a minimalist show whose goal is to present great, direct magic (often material that would otherwise remain unseen by the public) in an uncluttered way. Caspar's role is to present that magic as unobtrusively and enjoyably as possible!
Shortlist

Caspars sleight of hand and mentalism is of a standard rarely seen anywhere, and never attempted by the current generation of magicians. Phenomenal!
- Jerry Sadowitz

"A master of the sleight of hand."
- FringeReview

"He had them eating, almost literally, out of his hand."
- FringeReview

"His expertise is notable and appreciated... a great show."
- World Magic Review

"Its a true pleasure to spend an hour in Thomass wittily self-deprecating company."
- FringeGuru

Alex McAleer possesses the uncanny ability to apparently tap into his audiences' minds and read their thoughts at will. Drawing on a mixture of expertise in psychology, unique mentalism...

Described as having an almost mystical quality the magic of Rob Chapman will enchant and bring wonder to your guests. Skilfully blending sleight of hand, psychic magic and hypnosis Rob will leave you...

Don't expect wiggling hips, pulling hankies from a bag accompanied by corny rhyming patter. Bernie is one of the Uk's top close up magicians, performing modern sleight of hand magic. But, beyond...