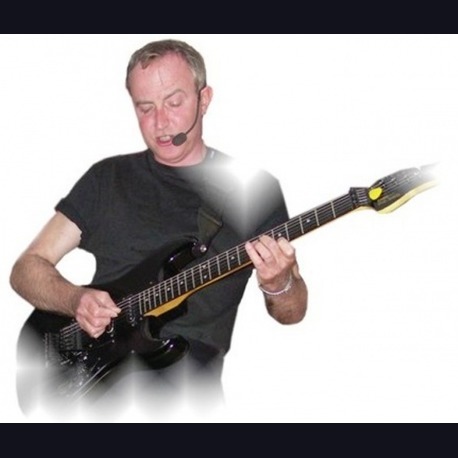 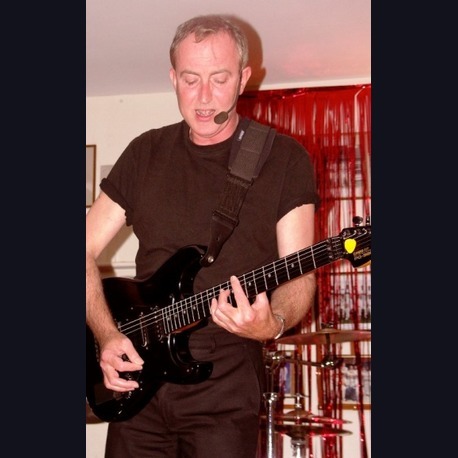 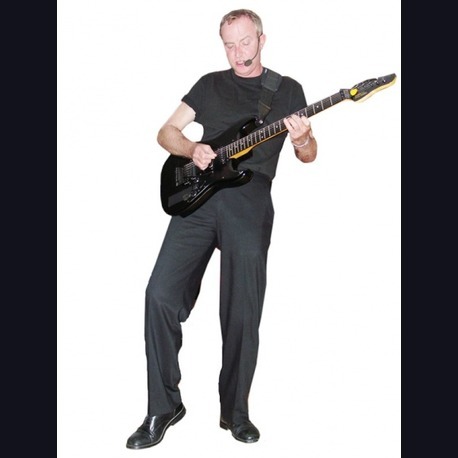 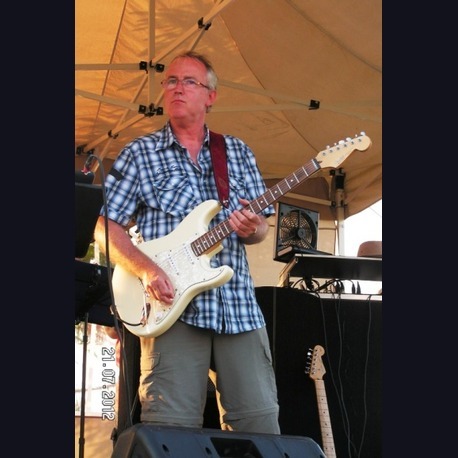 Barry has been a working guitarist/vocalist since the late seventies fronting various club and pub bands. The decision to go fully professional in 1986 proved rewarding; he formed the comedy show-band Oasis.

The band toured extensively around the UK and Europe for two years. The High-Tech Duo Topaz was a spin-off from the band, being formed by Barry and the keyboard player. They were among the first British duos to use computers on stage for midi backing, and performed in clubs in England and abroad from 1988 to 1990.

Barry turned his attention to solo performing in the early nineties, utilising the wealth of experience gained over the previous decade. Unlike the majority of solo artists on the club/hotel circuit, Barry doesnt just sing and play along to bought backing tracks. He has spent a great deal of time in his home studio ensuring that everything that comes out of the PA on stage is created by him.

Barrys first love is the electric guitar, and the instrument is featured predominantly throughout the show. Live solo performances cover popular music from the fifties to the nineties, including rock, pop, country, rock and roll, reggae and sing-a-long. With Barrys renowned wit and tongue in cheek approach, the repertoire spans the tastes of every adult age group.

Between appearances, Barry teaches guitar, banjo and harmonica from home. This is a further indication of his virtuosity and dedication to music. Barry has also studied music related subjects at the Open University, and has acquired a degree...just in case he needs a proper job some day!
Shortlist

I first saw Barry Oldnall playing in a local pub in 1995. I was extremely impressed with his talent, presentation and variety of musical styles in particular his guitar playing. I subsequently employed him to play at my wedding. He completed the day with his wit and enthusiasm to please his audience. I have continued to support his gigs when he is playing nearby and would thoroughly recommend anyone to watch and hear him perform.
- Carol Sissons

Are youlooking for top classwedding entertainment,a live singer or DJ for your party or special event?Lynsey is one of SouthWales' top and highly recommended entertainers, and has been performing at...

It was at the age of 15 and in the mid 1970s that his musical talent would first raise to the surface. Gary was the drummer and backing vocalist for a band called Salamander Grass playing at local...

This act is one of the old school variety with some old songs some new songs a few impressions and some audience participation. He has worked in the uk as well as around the world with his Ray...

Lainey is a vocalist that has worked in the industry for 20 years, starting off in a four peice band as a lead vocalist. She then progressed to a 5 piece band that traveled the South coast working...