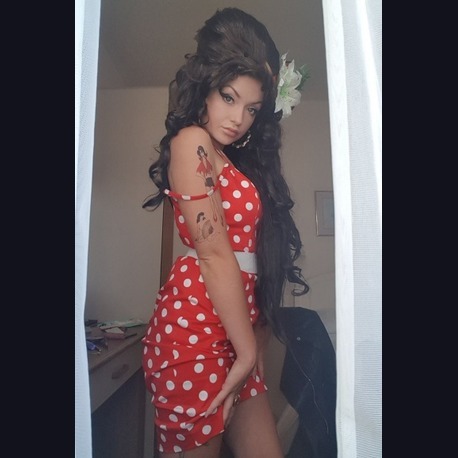 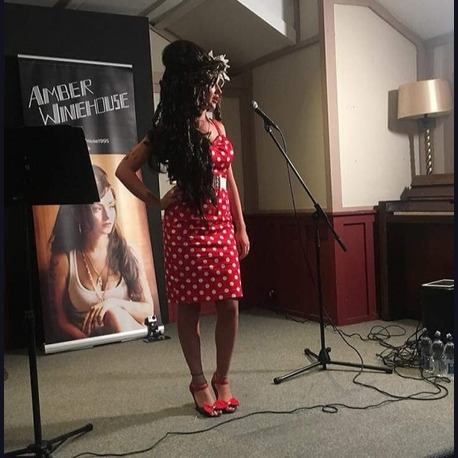 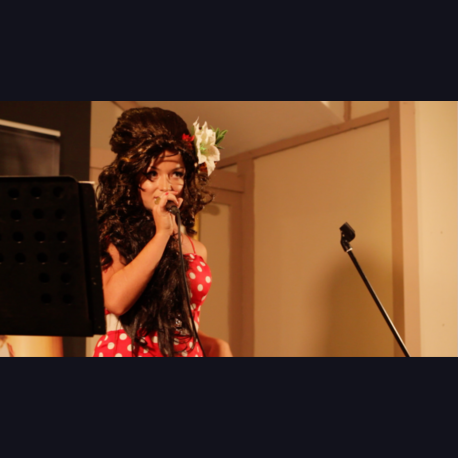 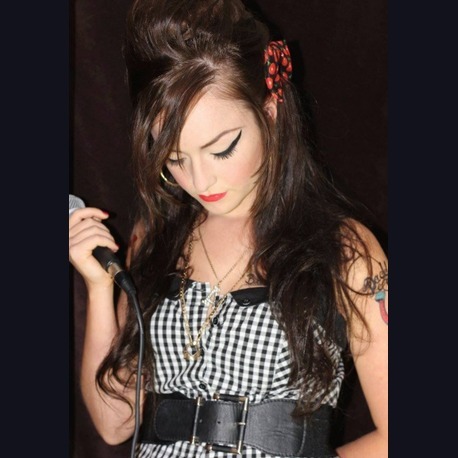 Amber has been influenced for the last ten years by the great Amy Winehouse. She was brought up listening to Amy’s jazzy vocals throughout her teens and now in her twenties, has become an established Amy Winehouse tribute act throughout the UK.

Amber concentrates on Amy’s authentic voice, looks and mannerisms. Amber was raised in London and captures Amy’s tones exceptionally well. Amber grasps Amy’s soulful voice with the vintage detail that Amy was renowned for. From the big beehive, many tattoos, eyeliner and 50’s influenced dresses. Amber has nailed Amy’s style down to a tee.

She is able to connect with any audience and has worked in many varied venues. From festivals, private functions, pubs & clubs, ticketed events, charity appearances and many more. Amber Winehouse has even featured on BBC One’s tribute programme called “Better Than the Real Thing.” This act is able to entertain any age group, from 70th birthday parties to young people. Amber Winehouse engages well with the audience, enjoying the banter.

Performing all of Amy’s big classics such as Rehab, Back to Black and Valerie this is a fully formed tribute to Amy Winehouse. Amber can also include 50’s & 60’s covers which Amy was influenced by that include Be My Baby and Hit the Road Jack. These are sure to get people dancing. This tribute also adds Ska music such as music from the Specials which Amy was known to have covered.
Shortlist

Amber was brilliant last night, we had a great evening and my mother in law was totally overwhelmed, could you let Amber know we're very grateful for her taking the gig at short notice and with her feeling poorly too...you'd never of known it!