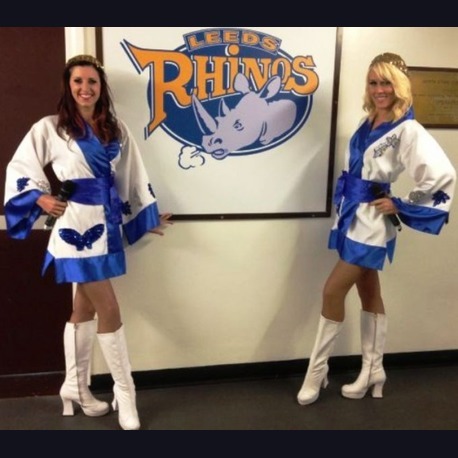 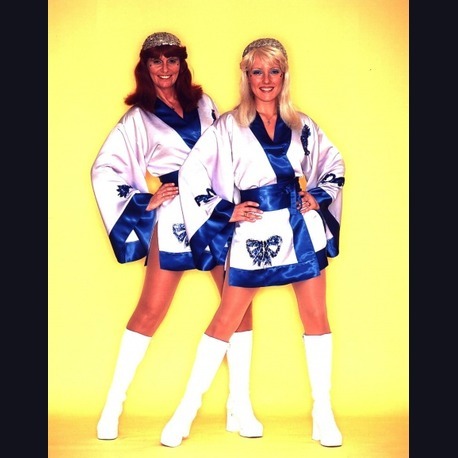 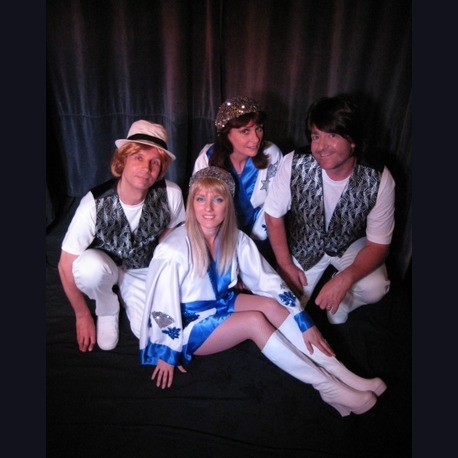 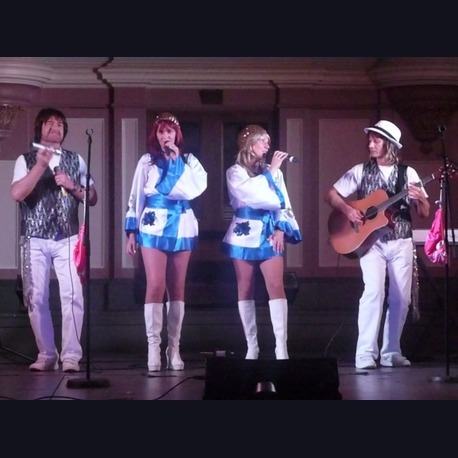 AbbaGirls are available either as a duo or full live four piece abba tribute band called AbbaGirls The Band!

The original Abba tribute duo was established in 1995 and has covered over 2500 gigs so far, in 15 countries world wide. They are the only Abba tribute act in the world to perform regular gigs in Las Vegas!

The AbbaGirls consists of Kim Graham and Gilda Kristian, two of the UK's top vocalists. These two very talented girls perform either with a live band for that authentic Abba sound or with top quality backing tracks which bring the unmistakable sounds and harmonies of Abba live to any venue.

"Abbagirls are in their 16th year having performed in 25 different countries World Wide, and over 4000 shows in just about every type of venue and audience."

The UK's most popular Abba tribute band. They are first choice with Professional bookers. Their attention to detail, harmonising, costumes, visual look and sound makes them the most authentic Abba tribute band around.

They are the first abba tribute band to tour South Korea, one of their shows went out on live prime time TV! (KBS TV to over 6 million viewers, repeated many times by request). They have also performed all over Europe, Middle East, Asia, South America & USA which makes them a truly International act." In fact 5 of the 7 continents.

They have even performed in Las Vegas at The Imperial Palace Hotel Legends show." Since their first show Abbagirls Tribute Band have now completed many other shows in venues across Las Vegas!

They are a Full time professional Abba tribute band & Duo, who have their own sound and lighting equipment as well as a dedicated sound engineer who comes to each event. (A sound engineer on shows is very important, sound must be monitored during a show it will change from venue to venue and acoustics change during a show, always check that any band you book does come with a sound/audio engineer.)

They can also supply for free microphones for speeches and back ground music & a Pre-recorded disco service.

The shows are suitable for any type of venue and audience, weddings, golf clubs, private functions, corporate gigs Abba is loved by most, we will make your party/event a night to remember.

P.A.T. Public Liability Insurance & Risk Assessment can be emailed to you at any time, All documents carried on gigs.

This Abba tribute will certainly not leave you disappointed!

Three times at The Brentwood Centre Essex Over 25,000

We also made the Abba jingles for Talk Sport Radio

Hundreds of newspapers and magazines. Including a feature in OK magazine UK Edition

Our special Wedding Package Includes:
A vocalist performing at your ceremony
Music when your guests arrive and during Breakfast Service
Microphones for speeches
DJ and first dance at your party!
P.O.A

Many people are choosing to book Tribute Acts & Tribute Bands for their wedding reception/evening party, birthday parties, corporate events etc instead of the traditional Wedding Bands & Wedding Singers you would tend to book as Wedding Entertainment. As well as Abba Tribute Bands we have a wide range of Tribute Acts that we have found more and more clients are hiring for their event including Take That Tributes, Beatles Tributes, Michael Buble & Adele Tribute Acts are very popular during the wedding breakfast.
Shortlist

"Just a note to say that we had a great night on Saturday and Abbagirls were absolutely brilliant. Please pass on our thanks to them."
- Nicola, Private Booking

"Thank you Abbagirls, your show and help at The Millennium Hotel in London sold out to its capacity of 1500. Thank you and for helping us raise so much well needed funds.Its the third time we have used you and after your latest performance it wont be the last! You are just so professional and so slick a GREAT show."
- BBC Child line, June 2001

"Abbagirls You came you performed and you conquered!
Your performance at The Imperial Palace Hotel on our world famous Legends stage was simply awesome; you deserved your standing ovation. We will feature you on a regular basis here in Las Vegas. A big thank you from all of us."
- John Stewart, March 2004

"You are without hesitation the best sounding Abba tribute act we have ever heard. You are the only Abba tribute act that swaps harmonies just as the real Abba used to. Your costumes are dazzling and stunning, and your sound and lighting just excellent.
We are true Abba fans and you are rated as the best I the UK by the official Abba fan club. Well done you."
- John & Liz Richfield, November 2007

"Sold out within 3 days of booking the Abbagirls"
- Lyric Theatre, London, February 2006

"Thank you for your most excellent show. You made our wedding party the best ever. You came highly recommended and did not disappoint."
- Nikki & Ryan Judge, March 2009

"Thank you Colin, Kim Gilda and the boys. You three sell out shows at the Seoul indoor Olympic arena broke all previous box office records! It was also televised Live on our KBS TV on prime time Saturday night to over 6 million homes. Your live show, harmonies, costumes are thrilling, dazzling simply perfect. I welcome you back to Korea in 2009. Kind regards."
- Mr Lee, Promoter,

The band contributed to a successful event for us, as expected the dance floor (field!) filled up as soon as the guys began to play.

Kelly Vallance (Agnetha) -
Kellie Trained at The Urdang Academy in London, obtaining her Diploma in Professional Musical Theatre. Kellie voice is Mezzo Soprano singing belt to top E. Like all of our vocalists Kellie has appeared and worked all over the world in top shows.

Mark Dawson (Bjorn) -
Started gigging at 14 and joined pre-punk band "Scum of the Earth" whilst at school, which turned into Streamliner with John Osborn (Billy Karloff) - many gigs on the London pub circuit with Iron Maiden, Heavy Metal Kids (Gary Holton) Stranglers, etc. At one gig we narrowly escaped being mauled by the resident lion on the roof of The Island Hotel, Leysdown which soon after mysteriously burnt down.

Ralph Raison(Benny) -
Ralph Raison (Benny) Keys, a very multi-talented musician and excellent vocals like Mark Ralph is in much demand.

******. Stop Press ******* Following Abbas announcement, we are delighted to say that we were interviewed three times thoroughout the day on the national BBC News and independent TV and radio. As...

A Tribute To Abba

There has been and will only ever be one ABBA! With that in mind UK Bjrn set themselves apart by celebrating the timeless music, without pretending to be the Swedish sensations themselves. No bad...

ABBA Sensations is a top tribute to ABBA. Fantastic costume changes, full lighting and stage show with superb choreography. A spectacular night of ABBA classics and more. We take you on a fun...